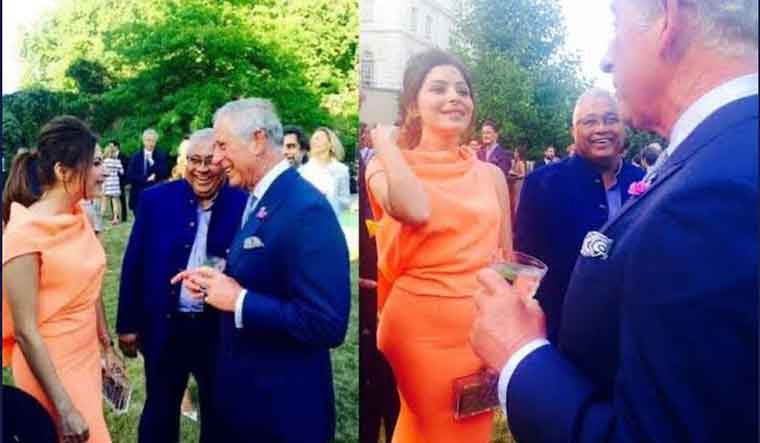 After news reports of Prince Charles of testing positive for novel coronavirus on Wednesday, pictures of him interacting with Bollywood singer Kanika Kapoor have been going viral. Kanika, who had returned from the UK, tested positive recently.

It took no time for trolls to blame Kanika for spreading the infection. However, according to reports, the trending photograph is not a recnt one. One of the viral pictures of Kanika, in an orange dressis from an event hosted by Prince Charles and Camilla, Duchess of Cornwall, in 2015.

The Prince and his wife, Camilla, are self-isolating at home in Scotland currently. The Duchess of Cornwall has also been tested but does not have the virus," an statement stated."It is not possible to ascertain from whom the Prince caught the virus owing to the high number of engagements he carried out in his public role during recent weeks," the statement further read.

Kanika was widely criticised for allegedly hiding her travel history and organising a lavish party soon after she returned from the UK. The singer who is undergoing treatment in Lucknow, tested positive for coronavirus for the third time on Tuesday.

The singer triggered a massive coronavirus scare among parliamentarians and other prominent figures who had interacted with the singer during these parties before she tested positive. All of them have tested negative for the coronavirus now, NDTV reported.

An FIR was filed against Kanika for negligence and disobedience of the order issued by a public servant and of committing a negligent act likely to spread infection of disease dangerous to life.

Earlier this week, hospital authorities had released a statement, strongly reprimanding her for “throwing tantrums”.

“Kanika Kapoor has been provided the best that is possible in a hospital. She must co-operate as a patient and not throw tantrums of a star. She is being provided a Gluten-Free Diet from Hospital Kitchen. She has to co-operate with us," Dr RK Dhiman, Director, Sanjay Gandhi PGIMS, Lucknow said.