Aaditi Pohankar opens up about her role in Netflix's 'She', association with Imtiaz Ali 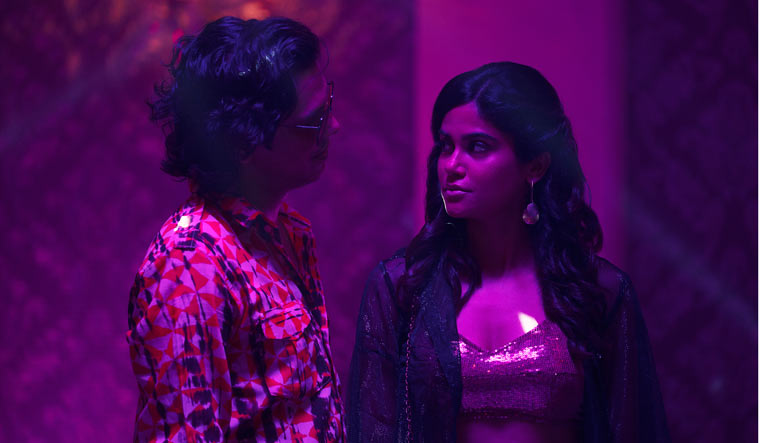 Actor Aaditi Pohankar met Imtiaz Ali at the screening of Laila Majnu (directed by Ali’s youngest brother Sajid Ali), when she was just one film old (Lai Bhaari). She was there with her mentor, film and theatre actor Makarand Deshpande, and was tasked with the responsibility of delivering a cup of coffee to Ali. She didn’t want to miss that opportunity to have a word with the director and share her keenness to work with him. But she waited till the next day to send him a text about a reel of hers that she had shot herself in Goa. It was a moving folio of a girl on a melancholic journey.

It needed a couple of follow-ups with Ali for him to watch the reel. But once he watched it, Aaditi was called for a meeting at a cafe in Andheri. She was surprised to see designer Aki Narula along with Ali for the meeting. “Somewhere during the conversation with Imtiaz sir, I got an inkling that I am already being considered for something; perhaps, a story about a girl,” she shares over the phone.

Sooner than expected, Ali narrated her a story and asked to do a screen test. “I was perplexed,” Aaditi laughs, as she mentions she got a confirmation call about doing the show within a week. The brief of the show shared with her was, “You are not the good looking one, but he should fall for you.”

Almost two years later, Aaditi is the main lead in Netflix’s She, written and created by Ali along with directors Avinash Das and Arif Ali. The show, quite a departure from the romantic films the director is known for, is a drama set in the grim world of Mumbai crime.

Aaditi and Vijay Varma (as Sasya, a member of the drug cartel) dominate the show, in which Aaditi plays the role of a senior constable, Bhumika Pardesi, who is leading a troubled life with a sick-widowed mother, a failed marriage in the midst of a divorce and an unchallenging, monotonous, male-dominated work profile that doesn’t give her any strength but only makes things diffident. She suffers from many complexes that percolate down to a level where she thinks of herself as sexually unattractive.

But it is just a matter of time that Bhumika rediscovers her sexual identity. She is chosen to be a part of an undercover operation as a team from Mumbai Police decides to catch hold of the drug lord through the help of a sex worker and trains Bhumika for the job. She is forced into the Mumbai underbelly and is completely dependent on her survival skills to tread the space that keeps getting tricky with every passing day. In the midst of it, she breaks free of the societal norms to discover her sexuality and a sense of empowerment.

Aaditi, who has been a state-level sprinter while growing up, says that one of the major plus for her was to to be in the company of girls who were a part of athletics to land up a government job—police constable, bus conductor and the like. “I knew the sentiments and their behaviour. I knew the tonality as I used to watch them very closely,” she says adding that to ace the audition, her experience, especially of knowing one such girl who she imitated, came handy. And, being a Marathi she could get the dialect right.

The most interesting part for Aaditi was to know that Ali acknowledged his area of expertise to be romance and accordingly cast for the show so that the actors understand and evolve with the story as much as he does. For Bhumika’s role, it was important for him to get an actor who could transform herself into a glamourous model and even be a regular girl-next-door without inhibitions. Aaditi, with her experience of having done more than twenty TV commercials and many theatre plays under stalwarts like Satyadev Dubey and Deshpande, got a grip of what Ali wanted pretty soon and was signed on for a 60-day schedule. She hadn’t got a script till then. “Till then, I was thinking that I have been cast only for one of the important roles. It was only when I got the script I realised that I play the main character around which the entire show revolves.”

She, however, is not just about Bhumika’s rediscovery. It gets intimate and descriptively sexual in nature in some parts, which many actors would have apprehension taking up. “It was quite in the beginning that I told Imtiaz sir that I am not comfortable with flesh show. I come from a family of artistes rooted in classical forms of art (her uncle being classical vocalist Ajay Pohankar) and I would be thinking about doing a role or not doing it because I have to think about the family’s social standing. But at the same time, I realised that even after the intimate moments, you don’t see Bhumika without clothes. You see her naked in her mind. That is something an actor would die to get. I am okay if Sasya has to be in a certain way with Bhumika, I can perform it and give you the creepy feeling (that is expected of a scene like that). It is completely script oriented and valid because of the way it is written. I don’t think the show ever gets to a point where it could get pornographic or explicit.”

In fact, during the shooting of the show, there were times when cinematographer Amit Roy or co-actor Vijay Varma would come to her and tell her how shaken they were with the discoveries they were making about the suppression of women’s sexuality on a regular basis. “I would give credit to Imtiaz sir for writing a show like She which gets into an area seldom discussed.”