I-T search at Vijay's residence concludes, officials say he has paid all taxes

Nothing significant could be recovered from the month-long search 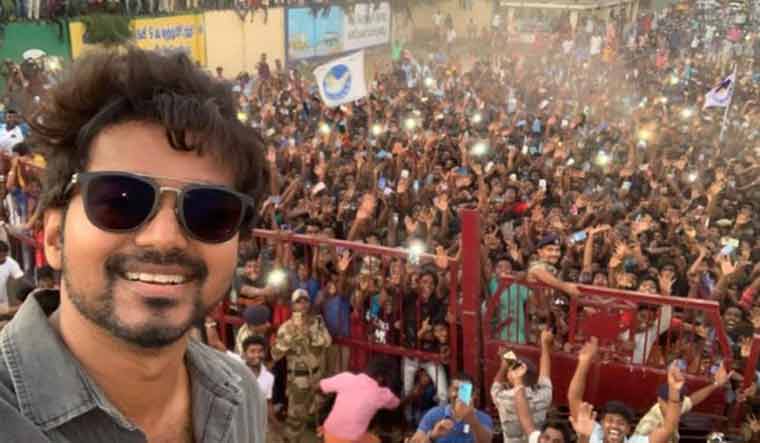 Searches by the Income Tax department at Tamil actor Vijay's residence concluded on Thursday evening, according to reports.

Nothing significant could be recovered from the search that was on for more than a month, The NewsMinute reported. Sources in the department also stated that Vijay had paid the necessary taxes for the salaries that he had received for both Bigil and Master, The NewsMinute reported. Officials from the department had arrived at the actor's house on Thursday to remove the 'prohibition orders' at his residence.

In February, Income Tax sleuths raided Vijay's residence, besides conducting simultaneous searches at several premises linked to a film production house, movie financier and distributors in connection with suspected tax evasion. Searches are also reportedly being conducted at the properties of AGS Group, AGS Cinemas that produced Vijay's Bigil and film financier Anbu Chezhiyan. Vijay, who was away in Cuddalore district for the shoot of his most recent film Master, was also summoned. The raids were based on 'information' that Vijay had taken a huge amount in cash towards salary for Bigil.

The searches in as many as 38 locations in Tamil Nadu recovered unaccounted cash of about Rs 77 crore was seized from the premises of a Tamil film financier Anbu Chezhiyan, who had faced allegations of intimidation and arm-twisting to recover money.

Amid allegations of political motives behind the sudden raids, Former union minister and BJP leader Pon Radhakrishnan had said the raids were not carried out because he was against the saffron party. "BJP has no grudge of any sort against Vijay," he told reporters when asked about the I-T department action.

Helmed by Lokesh Kanagaraj, Vijay's next film Master also stars Malavika Mohanan, Andrea Jeremiah, Vijay Sethupati, Shanthanu Bhagyaraj and Arjun Das. In the midst of the controversial raids against, Vijay's selfie of the with fans on the sets of Master in Neyveli had gone viral. Vijay took to Twitter to post the picture which showed him and hundreds of fans behind him. “Thank you Neyveli,” he had tweeted.