I understood the meaning of patriarchy after I started working in Bollywood: Taapsee Pannu 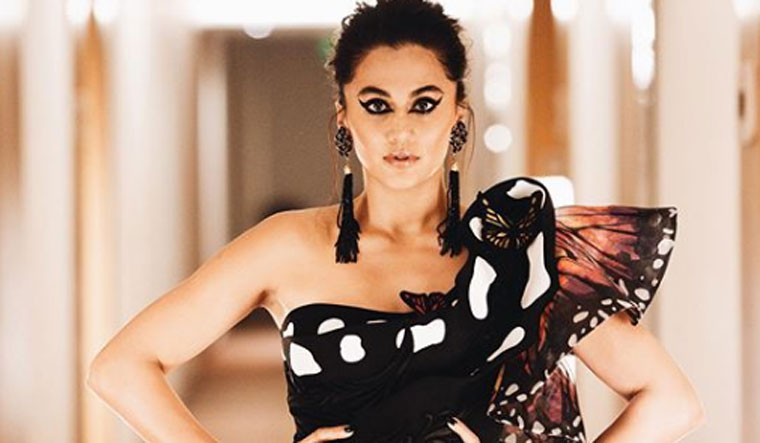 Growing up in an environment where she could question anything and everything, the true meaning of patriarchy came home to her only when she started working in Bollywood, says actor Taapsee Pannu, whose latest Thappad closely examines the issue of domestic violence.

The actor, who has pushed the envelope with films like Pink, Mulk and Saand ki Aankh and now plays a woman who refuses to accept even one slap from her husband, said she is happy she is in a place where audiences can view change through her work.

"I have understood the meaning of the word patriarchy in recent years... like if the father says you cannot go out, you don't question that. Your mother may agree with you but she is just running the house, so it does not matter. You have to be in the house by 8 pm because guys can't control themselves," Taapsee told PTI in an interview.

The realisation that this is not okay comes after a lot of questioning, she said, adding that she understood how to make changes in her own life.

"Small things about gender parity and pay parity... But you cannot change that by just shouting that 'this is not right'. You have to ensure that people start to recognise that change through your work. Maybe the new generation will not see the difference, but the generation next to us will," she said.

Thappad, which releases on February 28, happened after she told director Anubhav Sinha during the making of Mulk that she would now like to work on a film dealing with the everyday problem of domestic violence. The film is set in an affluent Delhi family with Taapsee playing a housewife whose world comes crashing around her after her husband slaps her in a party.

Film stars, Taapsee said, are worshipped in a cinema-obsessed country like India and can sometimes use the power in the right direction.

"People listen to you. They may agree or disagree with you, but they will listen to you. In this day and age, who has the time to even do that? If you have been given that kind of power, then you can use that power in the right direction sometimes," she said.

But with great power comes greater responsibility, the actor said.

"When, in the beginning, I managed one or two issued-based films and saw that people were listening and the movies had started a discussion, I realised 'this is power, and one should use it in the right manner'."

There was some controversy when producer Tanuj Garg called Taapsee "Bollywood's female version of Ayushmann Khurrana" on Twitter, to which the actor sportingly replied, "What about calling me Bollywood ki pehli Taapsee Pannu?"

Asked about her response to the controversy, the actor said Tanuj, who is producing her upcoming film Loop Lapeta, a remake of Run Lola Run, is a good friend and someone who has supported her for a long time.

"I know that Tanuj's intention was good. He is the producer of Run Lola Run and he has been very supportive of me for years now. I know his intention but I have been hearing a lot from people recently —'you choose your films the way Ayushmann does. You are the female version of Ayushmann'.

"I'm like 'wonderful that this guy is doing fabulous work but why am I supposed to be known by his name'?" she said.

Ayushmann choosing to do different kind of films should not become a reason for her being called his female version, Taapsee argued.

"So I tweeted and that became huge. I guess, as women, we have been seen through male benchmarks so much that whenever something like this happens, our antenna is up."

With five more films in the offing, Taapsee is busier than ever and said it has taken her a while to reach a place where she can do the films she wants to.

Unlike other stars in the film industry, Taapsee is someone who does not hide her opinions. While that leads to controversies sometimes, it comes from a space of clarity, she explained.

"I have a clear mind. I have rarely had grey areas in my life where you are confused about what you want to do. I don't know where it comes from but this has really helped me in the long run.

"This is why when I have to criticise something, I don't do it for the wrong reason. I don't target people. So I don't get that kind of backlash. You can take a dig at me but I will never answer that and that's my 'cheap thrill'. Life is really small and I have to do a lot so I will not spend my time or energy on you."