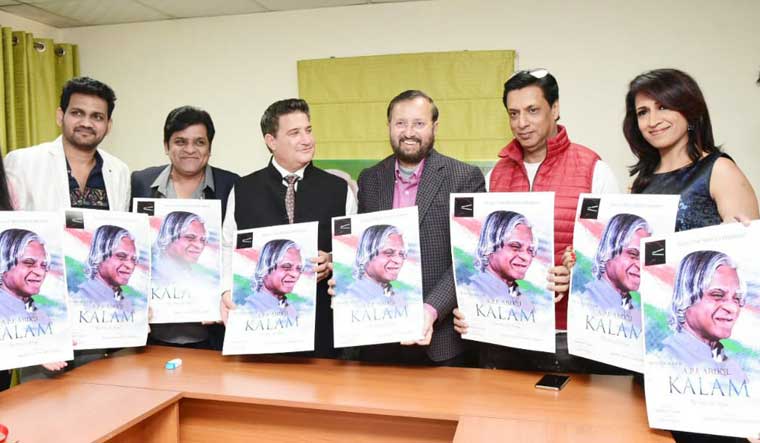 Javadekar revealed that the film, titled APJ Abdul Kalam: The Missile Man, is a joint venture between Hollywood and Telugu film industry and will release by the end of 2020.

The minister shared a photo from the poster launch on his Twitter page.

Released the first look of the biopic of Dr. A.P.J Abdul Kalam in New Delhi today. A joint venture of #Hollywood and #Tollywood, the feature film made on the iconic People's President of India, will be released by end of this year, he tweeted.

Javadekar also announced that the US-based Martini Films and Pink Jaguars Entertainment along with other banners will be investing over USD 1 billion on five productions in the country.

Happy to note that Martini films, Pink Jaguars entertainment and a couple of co-producers are going to invest USD 1 billion over 5 productions in India which includes movies on Chhatrapati Shivaji Maharaj and on the first war of Indian Independence, he said.

Also present at the event were Ali, filmmaker Madhur Bhandarkar and Martin among others.