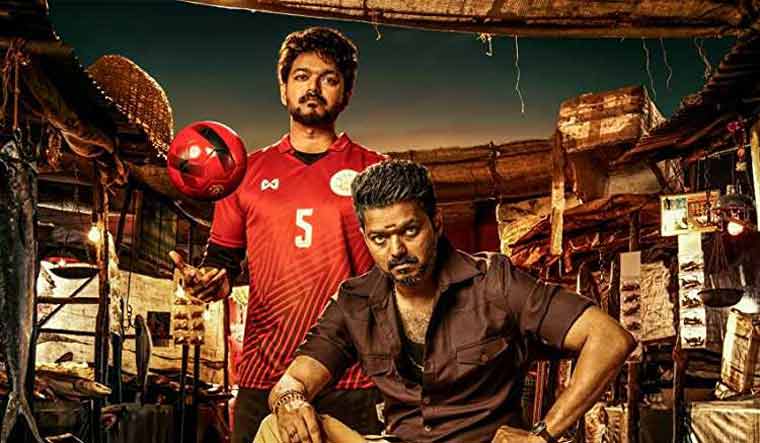 In the wake of the controversial Income Tax raids on Tamil actor Vijay's Bigil team, there is a name that has come into focus—financier Anbu Chezhiyan. The I-T department said that the raids were based on information that over Rs 300 crore has been concealed at multiple locations.

A press release from the department revealed that residences and offices of four people were being searched—a prominent actor (Vijay), his distributor Sundar Arumugam, Producer (AGS) and financier Anbu Chezhiyan. "In the context of the issues of the prominent Actor, it is stated, that, his investment in immovable properties and remuneration received from the said Producer (AGS) for acting in the film is the subject matter of investigation in the present search. Searches in some of the premises are still continuing," the press release said.

"The producer, who is also a part of the group searched, is into film production, distribution and film exhibiting Multiplexes and has produced several films. Analysis of the accounts available in the office premises is under process. Evidences of actual receipts and expenses booked and remuneration paid to Artists is under investigation."

About Rs 77 crore was said to be seized from hideouts in Chennai and Madurai, purportedly belonging to Anbu Chezhiyan. “Large number of property documents, Promissory notes, post dated cheques taken as collateral security were recovered during the search and have been seized," said the press release.

Who is Anbu Chezhiyan?

Madurai-based Anbu Chezhiyan is a big-shot film financier, and is also notorious for harassing his clients. He also owns a production company named Gopuram Films. He is well-known for lending money to other producers, with their properties as lease, which end up with him if the producers default payment. Anbu Chezhiyan, who started off by lending money to small-scale shopkeepers, slowly rose to a very prominent position in the film industry.

Anbu Chezhiyan's name has come up when G. Venkateswaran, a well-known Kollywood producer and brother of ace director Mani Ratnam, was found hanging at his residence in 2003. Though he did not leave behind a suicide note, there were strong rumours that he had committed suicide due to pressure from financiers, after a few of his movies flopped. Amidst the rumours, Anbu Chezhiyan also went forth and held a press conference saying he had not lend money to Venkateswaran.

According to reports, financiers like Anbu charge interests between 10-20 per cent, and with a delay in payment, the interest piles up.