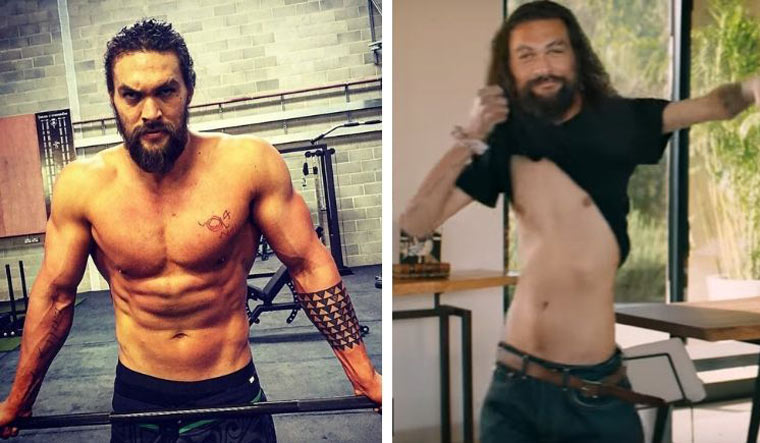 Tall, sculpted and and handsome. These are a few words that would describe Hollywood sensation Jason Momoa. The Aquaman star took a dig at himself and this image when he appeared in a Super Bowl commercial recently.

The ad for Rocket Mortgage, which has gone viral, shows the actor getting comfortable at his own home.

The ad begins with the beefy, towering Game of Thrones star with flowing locks driving to his home. After he gets into his home where according to him, he can "let my guard down," and removes his muscles. He peels of his biceps, removes his chest and abs as if they are all fake.

That is not all. Momoa, now looking almost a ghost of his former self—thanks to some impressive CGI—goes on to remove his toupe, showing his balding scalp. "That feels pretty darn good," the actor says as he 'unveils' his real self.

The ad ends with the actor trying to do a bench press, with a weightless barbell. His wife Lisa Bonet is seen spotting him. As the actor fails to complete his rep, she is seen effortlessly lifting it.