What is the #DollyPartonChallenge and why is everyone doing it? 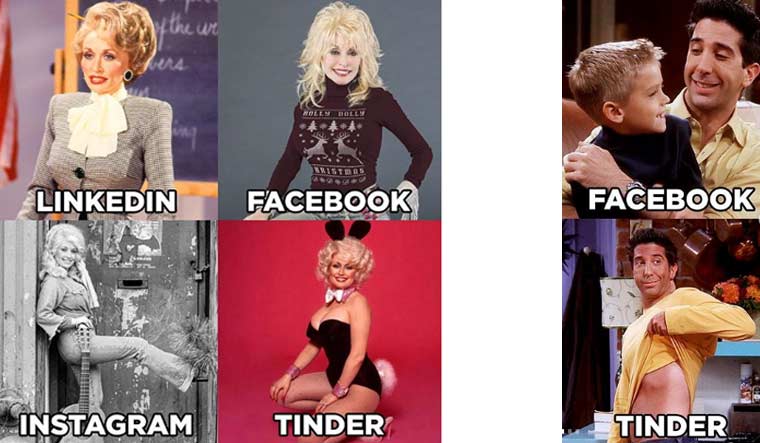 Prior to 2020, one could never have imagined that the Indian Football Team would be following in Dolly Parton’s footsteps. But Parton is proof that you are never too old to start a meme or a viral challenge. The 74-year-old country singer has given 2020 one of its first viral challenges after she posted a collage of four images on Instagram.

With each featuring a different photo of her, and captioned after the four big social networks—LinkedIn, Facebook, Instagram and Tinder—it was a playful take on how we construct different images of ourselves for different social platforms.

Parton’s own charm added to the fun, as she captioned the photo, “Get you a woman who can do it all 😉.”

Get you a woman who can do it all 😉

The format caught on like wildfire. Indian celebrities from Ayushmann Khurrana to Sara Ali Khan to Kareena Kapoor all took their shot at it.

Insta is my A game📷 Tinder for the flame🔥 For Linkedin one can try to be tame 💼 FB for those throwbacks, no shame👶 Different personalities, but Sara's still the same🙌🏻 Sara ka Saara 💁🏻‍♀️ Sara @pumaindia 👊🏻✌🏻👌🏻💪🏻

Get your girl who can do it all 🔥😘 #linkedinfacebookinstagramtinder

The Indian Football Team on Twitter also tried their hand at it, via the image of their defender Sandesh Jhingan.

Notable efforts include those by the British Metropolitan Police, who used their well-trained police dogs in the format.

The winner of the format could go to the FRIENDS Instagram handle, as they made one of each of the main cast from the iconic show.

Get you friends who can do it all. @DollyParton

This is not Parton’s first affair with social media challenges. In 2014, she took the ALS Ice Bucket Challenge. She has also issued challenged for people to cover her award-winning song, ‘Jolene’.