200 movies to be screened at Bengaluru International Film Festival 2020 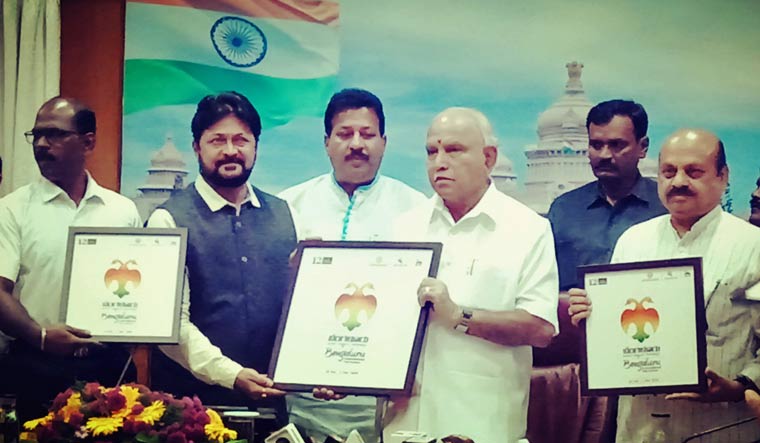 Nearly 200 films from 50 countries will be screened at the 12th Bengaluru International Film Festival (Biffes), which will be held between February 26 and March 4, 2020.

"This film festival hopes to bring world cinema to Bengaluru and to introduce the creativity and artistic sensibilities of Kannada cinema to the world, " said Chief Minister B.S. Yediyurappa, while launching the logo for the 12th edition of Biffes in Bengaluru on Thursday.

Sunil Puranik, chairman of Karnataka Film Academy, said, "Biffes, which used to be a private festival became the official film festival of the Karnataka government in 2009, during Yediyurappa's tenure as the chief minister. Today, it is at the threshold of becoming an international film festival. My predecessors and stalwarts of the film fraternity have set a benchmark for the festival and I hope to continue the tradition."

The seven-day film festival organised by Karnataka Chalanachitra Academy and Department of Information and Public Relations and the Karnataka Film Chamber of Commerce will be inaugurated on February 26, at the Kanteerava stadium. The films will be screened across 11 screens at the PVR Cinemas in Orion Mall, Rajajinagar.

The competitive sections for Asian, Indian and Kannada cinema will have cash prizes and academic interactions on film making and film appreciation workshops and masterclasses will also be conducted.

The admission to the festival is through registration, as mandated by the International Federation of Film Festivals and the Indian government. Fees for delegates is Rs 800, while the students, members of the film society and film fraternity can enter the festival for Rs 400.