A police complaint has also been filed against the actor 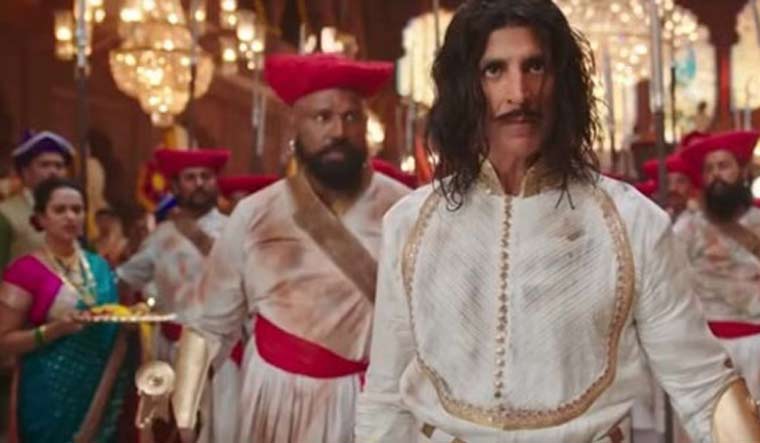 Actor Akshay Kumar has kicked off a controversy with a new advertisement for detergent brand Nirma, in which he plays a king. According to reports, a police complaint has also been filed against the actor for defaming Maratha ruler Chhatrapathi Shivaji. The complaint reportedly alleges that the actor belittled the Maratha ruler and his army men by showing them as washing clothes in the ad.

The complainant stated that the people of Maharashtra were hurt by the ad, and demanded action against the company and the actor for maligning Maharashtrian culture.

In the advertisement, Akshay can be seen walking in with his men and saying: “Maharaj aur uski sena dushman ko dhona jaanti hai, aur apne kapde bhi. (The king knows to beat up enemies and also wash their clothes)." When a woman points out on the men's soiled clothes, they are seen washing their clothes with the product.

On Twitter, #BoycottNirma started trending Wednesday morning, as users expressed their disappointment. “We are demanding Nirma to withdraw the offensive advertisement in which the great Maratha soldiers shown wrongly, they have made use of our brave Maratha Soldiers to sell their product and tender an unconditional apology immediately!,” one of them tweeted.

Mr. @akshaykumar , have you ever read history of Maratha's ? If No then go and read their sacrifice towards Nation. Else dont mock our Maratha culture !#BoycottNirma pic.twitter.com/cQE8k39GGv

Interestingly, on the workfront, Akshay will be next be seen as king Prithviraj Chauhan in the period drama titled Prithviraj.