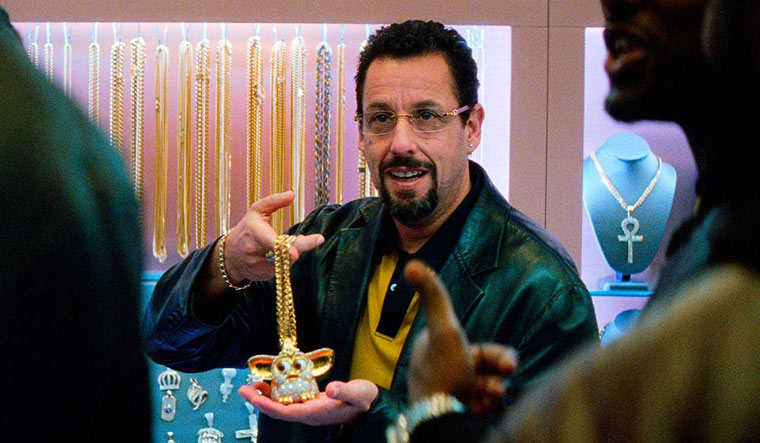 Adam Sandler's Uncut Gems is placed seventh on the list of films that have dropped the most number of F-bombs in the cinema history.

According to Screen It, which reviews films for parents, Uncut Gems has a whopping 408 F-bombs being said during its runtime of 135-minute. The first spot is taken by documentary Swearnet: The Movie with 935 F-bombs, followed by another documentary on the infamous curse word.

Veteran filmmaker Martin Scorsese has two films on the list—2013's The Wolf of Wall Street (3rd with 569 F-bombs) and 1995's Casino (6th place with 422 F-bombs). Oscar winner Gary Oldman's directorial and writing debut Nil by Mouth has the fifth most number of F-bombs, following Summer of Sam, a 1999 film about serial killer David Berkowitz who went by the name of Son of Sam.

Uncut Gems, which is generating strong Oscar buzz for Sandler and director duo Josh and Benny Safdie, is followed by Straight Outta Compton at eighth and Alpha Dog at ninth. David Ayer's 2012 feature End of Watch completes the top 10. Uncut Gems released in the US on December 25.