Of late, it has become sort of a trend for couples to come up with innovative 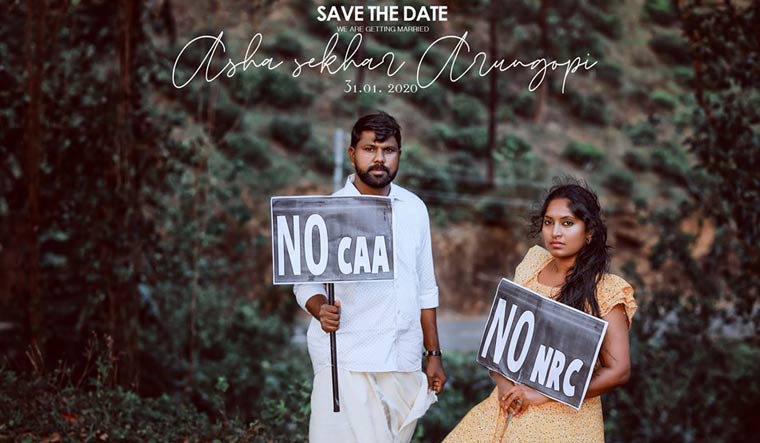 Of late, it has become sort of a trend for couples to come up with innovative pre-wedding and 'save the date' photoshoots.

A couple in Kerala decided to make their pre-wedding 'save the date' photoshoot an opportunity to express solidarity with students and others across the country protesting against the Citizenship Amendment Act and NRC.

According to media reports, Arun Gopi hailing from Thiruvananthapuram and Asha Sekhar from Kollam held placards that read 'NO CAA' and 'NO NRC' for the 'save the date' photoshoot. They are set to get married on January 31.

Their pictures have gone viral, with many, including celebrities, praising their decision to make the fight against CAA and NRC a part of their photoshoot.

The photos were initially noticed after First Look Photography, responsible for the photoshoot, posted them on their social media handle. The photos were then shared by thousands of people.

There has been widespread protests across the nation ever since the Parliament passed the controversial Citizenship Amendment Act. In Uttar Pradesh, over 10 people have been killed after the protests turned violent.