Watch: Aamir Khan spotted in Kerala as he shoots for 'Laal Singh Chaddha' 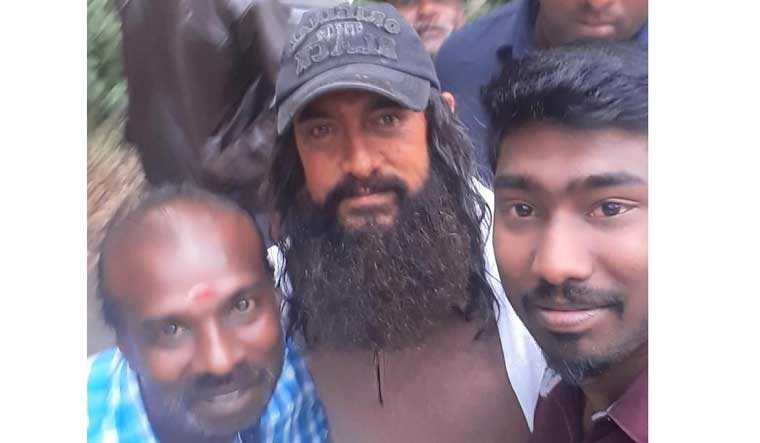 Aamir Khan poses for a selfie with fans at Munnar

Over the last few weeks, Bollywood actor Aamir Khan was spotted at different locations in Kerala, and fans can't keep calm. Aamir is in Kerala currently shooting for his next film Laal Singh Chadha, the official remake of Tom Hanks-starrer Forrest Gump.

Excited fans are clicking selfies with the star and also sharing videos on social media. Aamir who was in Munnar this week said the hill station was just 'perfect'. He was also spotted on the roads of Changanassery where he was seen running on the road to catch up with some exercise. For the film, Aamir sports a new look with a long beard and turban, and has reportedly lost over 20kg for the role.

According to reports, Aamir was also at Kollam for the shoot and stayed at the Raviz Hotel. Suresh Pillai, corporate chef at the Raviz also took to Instagram to share pictures with Aamir. He also posted a video of the actor being welcomed to the hotel in traditional style.

Aye, Kya Bolti Tu ;) ... Sun Sunaa ... Aati Kya KeRaLa ;)😊 ladies and gentlemen, it was an honour to have served the one and only @_aamirkhan , an actor par excellence and one of the most respected artists’ world over for his ability to do what he does best being part of Bollywood’s most loved Khan Trinity . Respect you Sir for being so humble, grounded and well deservedly being one of the icons of Indian cinema. @theraviz 😇😇😇 ആമീർജി നമ്മുടെ കൊല്ലത്ത്‌..!

Laal Singh Chaddha is slated to hit the screens on Christmas 2020.