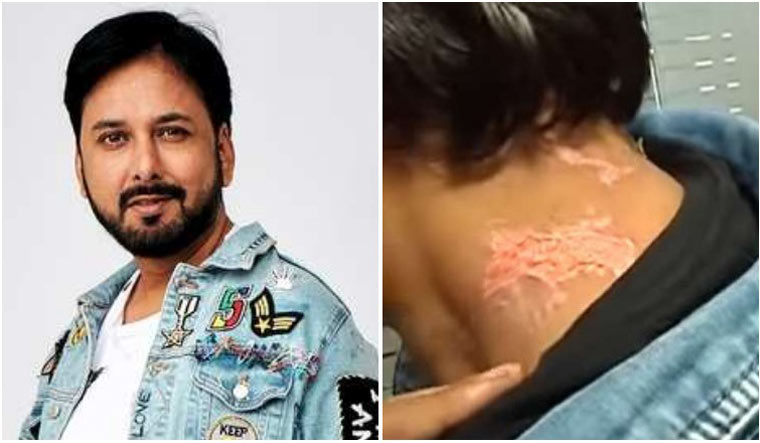 Reality show Bigg Boss, which is hosted by actor Salman Khan, has been controversy's favourite child ever since its inception in 2006. Then why should this season be any different!

The Salman Khan-hosted show is being slammed on social media after scriptwriter Siddhartha Dey, who was recently evicted from Bigg Boss 13, revealed burns on his neck inflicted upon him by other members of the house while performing a task. In fact, Dey was eliminated in the show's first-ever mid-week elimination.

Dey, while speaking to several media outlets after his eviction, showed the burns on his neck, allegedly inflicted by housemates Arti Singh and Shehnaz Gill when they put “at least half a kilo of chilli powder and a kilo of bleaching powder on his neck”. He said that he has been unable to sleep properly because of the pain.

“I am okay. I am getting healed. They actually put at least a kilo of bleach on my neck and eyes and left it for nine hours. They also put at least half a kilo of red chilli powder. I still have burn marks on my skin and I’m not even able to sleep properly,” Dey was quoted as saying. “They are celebrities and if they are showing such violent side, they are sending out the wrong message to the youth. During the first task only, they fed me mud and chillies. But when it was my turn, I couldn’t do that because I’m not that kind of person.

“Do things that are entertaining. How will people find throwing chilli powder at each other entertaining? Even when we watch movies, we don’t usually like watching torture scenes, right?” Dey said.

The makers of Bigg Boss soon came in for criticism on social media, with fans questioning why were Dey's injuries not shown on the show and why action was not taken against who did it.

Shocking.. The way sidharth dey is treated @BeingSalmanKhan @ColorsTV
Shame on you for atleast not raising even the topic in WKW.. Yes.. Dey is wrong in using cheap words but what abt shehnaaz and arti.. #BiggBoss13 #bb13

Below pic is poetic! #SiddharthaDey showing the bruises that Salman’s laadli #ShehnaazGill gave him! (NO action was taken fr same).

Behind is Salman Khan smilingly conveying “it wont matter even if Sana ll murder someone; cos I’m here to defend her”#BB13 #BiggBoss13 pic.twitter.com/tnsx7sSBov