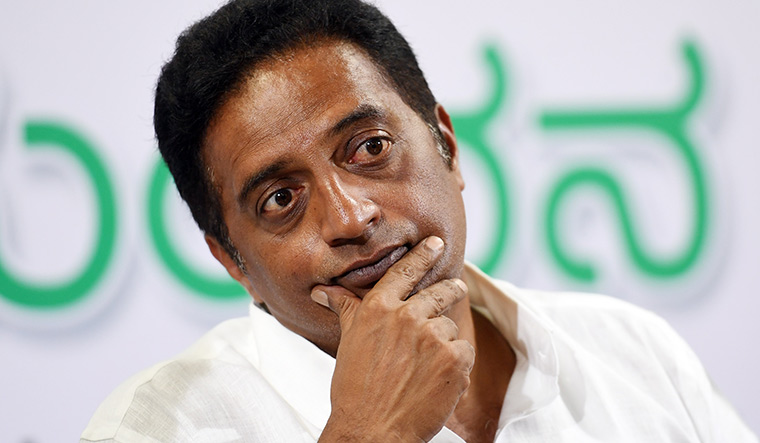 In a video that is being widely circulate on the internet, the actor-politician, during an interview with a TV channel, says he does not want events like Ram-Leela, where models who act as the mythological characters are brought on helicopters and people worship these, happening in the country.

He said practices like Ram-Leela instill fear in the minds of people belonging to minority communities. Prakash Raj said he understands people going to a temple for worship, “but what is this natak (Ram-Leela). “I understand them going to a temple, there is a idol. That is our culture. In full public view, why are you doing this natak (drama),” the actor-politician is heard saying.

His comments were widely panned by the netizens.

"Zero logic in his remarks... he himself is an actor who plays negative roles," wrote one user.

Zero logic in his remarks... he himself is an actor who plays negative roles...

"These are grade A hypocrites..... for them anything remotely indic is akin to regressive mindset and what not.. no wonder people reject them elections after elections," wrote another.

There were also those who agreed with Prakash Raj. "I agree with him.The way you carry out such acts in the name of religion & culture encourages others from different religions to do so.All,this further causes unnecessary trouble in society. People need to listen to him clearly & then comment," wrote a user.