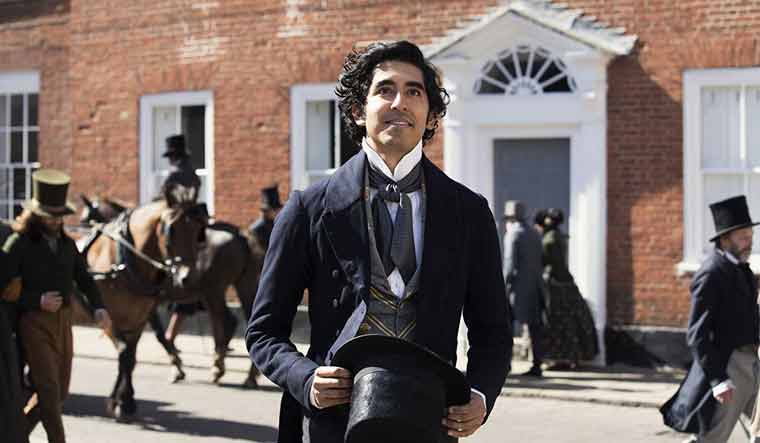 The trailer of The Personal History of David Copperfield was released recently. The film features Indian-origin British actor Dev Patel as Charles Dickens' favourite hero, Copperfield. The British-American comedy-drama film, written and directed by Armando Iannucci, is based on Dickens' Victorian-era novel. The trailer gives glimpses of Copperfield's vibrant life and all the interesting people he engages with.

Patel stars alongside actors including Tilda Swinton, Hugh Laurie, Peter Capaldi, Benedict Wong, Nikki Amuka-Bird and Rosalind Eleazar in the film. While the trailer has drawn much praise, the film has opened up the age-old discussion about ethnicity in casting. Iannucci is being lauded for the obvious 'colour-blind' casting where we see Patel, an Indian, as Copperfield who has always been portrayed as a boy with white, rosy cheeks and blue eyes. Producer Kevin Loader told the Guardian that Patel was the right person for the job, and they did not have any other name on their mind. “In all our conversations, we never spoke about another actor to play our lead than Dev,” he said.

Patel just seems to perfectly fit into the role of a lonely, adventurous boy and his journey figuring out life. It might just seem like an extension of his roles in Slumdog Millionaire, and Lion. Calling for inclusive casting at the London Film Festival, Patel said on Thursday: “Just to be able to step into the world of Dickens in Victorian England is a real honour, it’s a treat, and I hope it opens the doors and sends a message to the industry to cast more minority actors in roles like this.””

Lauding Iannucci's conviction, Loader told the Guardian: “Once you realise that, then you’re making a statement about the fact that you’re going to cast actors who are capable of embodying the character as perfectly as possible, regardless of their ethnicity.

The film had its world premiere at the Toronto International Film Festival and is scheduled to be theatrically released in the United Kingdom on January 10, 2020.