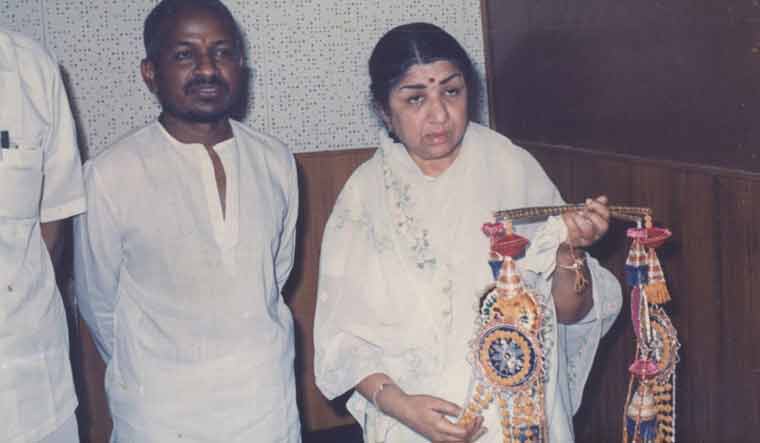 'Kadhali, chengadhali...' This song is counted among Malayalam cinema's iconic numbers not just because it was born out of the talented combination of music director Salil Chowdhary and lyricist Vayalar Ramavarma. There is more to it—it happens to be the only Malayalam song sung by India's Nightingale, Lata Mangeshkar, till date. The song featured in filmmaker Ramu Kariat's Nellu (1974), a significant film on the tribal people of Wayanad.

It is said Kariat had wanted to rope her in for his debut film Chemmeen (1965), one of the biggest classics in the history of Malayalam cinema. Lata, however, turned down the offer due to diction issues. Chowdhary finally convinced her to sing in Kariat's next.

Not just in Malayalam, Lata made her presence felt in other south Indian languages, too, at the peak of her career in Bollywood. Whether she has sung in one's mother tongue or not, Lata's songs had the power to transcend language barriers and be part of the collective conscience of the country. Much before her solo Malayalam number, her golden voice was brought to the south by ace music composer S. Dakshinamurthy for the Telugu film Santanam in 1955. Her rendition of the Telugu song 'Niduraporaa tammudaa...' in the film directed by C. V. Ranganatha Das is an all-time hit. The film had yesteryear stars Akkineni Nageswara Rao and Savitri in the lead roles.

‘Niddurapora Thammuda’ is set in the backdrop of a sister trying to put her brother to sleep. The song can be categorised as a beautiful lullaby as Lata’s voice is soothing. There is an interesting story behind this song which was recollected later by those associated with the movie. Dakshinamurthy was particular about roping in Lata. Since she was busy and had only a few hours, she was given the task of directly recording the song without any practice. The song was recorded in just a few hours and Lata went back to Mumbai.

In 2002, when Lata conducted a concert in Hyderabad to raise funds for the hospital started in memory of her father, the audience enjoyed one classic after the other along with the singer. But, from various corners, the request to her was to croon ‘Niddurapora Thammuda’. Unfortunately, it was not heard that night as it was revealed later that she did not remember the lyrics.

Music maestro Ilayaraja gets the credit for bringing her back to Telugu cinema, over 30 years later, and also to the Tamil film industry. She sang ‘Thella cheeraku’, an Ilayaraja composition, with S.P. Balasubrahmanyam in the 1988 Telugu action film Aakhari Porattam, starring Akkineni Nagarjuna, Sridevi and Suhasini. Nowhere does it look like it was sung by a non-Telugu singer. A peppy number,the song became a very big hit and helped in the movie’s success. Coincidentally, Nagarjuna is the son of Nageshwar Rao, the lead actor of Santanam in which Lata sang her first Telugu song. Though it was a dream for many Telugu music directors to work with Lata, it could not become a reality.

The same year Lata ventured into Tamil with two songs composed by Ilayaraja, in the film Sathya. While the song 'Ingeyum' was a solo, 'Valaiosai' was a duet with S.P. Balasubrahmanyam. Directed by Suresh Krissna and produced by Kamal Haasan, the film featured Kamal Haasan and Amala in lead roles.

In Kannada, Lata sang two songs for the 1967 movie Krantiveera Sangolli Rayanna, a biopic of a warrior and freedom fighter. The movie is special not only because two of its songs—'Bellane belagayithu' and 'Ellare irathiro' were sung by Lata, but also because her sisters Asha Bhosle and Usha Mangeshkar, too, sang for the movie. Also, legendary playback singer Manna Dey has also sang two songs for this film. The music was composed by Lakshman Beralekar, a renowned composer of the Marathi film industry.

The film, directed by B.T. Athani and produced by Ananth Hiregowdar, is on Rayanna, born in the small village of Sangolli, who served as the army chief of Kittur, which was being ruled by Rani Chennamma. The warrior was captured by treachery and hanged in Nandagad in Khanapur.

-with inputs from Lakshmi Subramanian, Prathima Nandakumar and Rahul Devulappalli