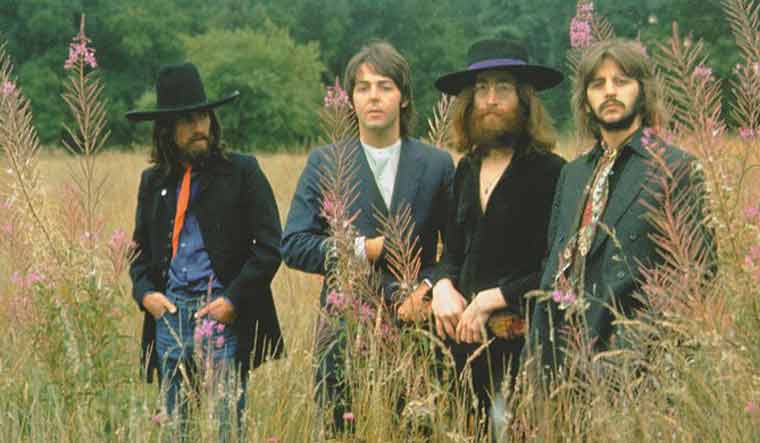 On this day, 50 years ago, the Beatles gathered for a photo shoot, what incidentally also became the last ever shots of all of them together. It was August 22, 1969. Paul McCartney, Ringo Starr and George Harrison joined John Lennon and Yoko Ono at their newly purchased 72-acre estate, Tittenhurst Park in Berkshire.

Linda McCartney, who was heavily pregnant at that time, was also present. It is said, Linda also shot some 16mm footage of the group on Paul's camera—this also turned out to be the last footage of the team.

They were photographed by Ethan Russell and Monte Fresco, in the run-up to the release of the last two albums the group would ever release, Abbey Road (September 1969) and Let it Be (May 1970). The photos, set in the picturesque backdrop of the estate, however, reflected none of that warmth or sunshine. The band was going through a tough time—their relationships strained, and all through the photo session, one can see a visibly withdrawn George Harrison. Speaking about the iconic photo-shoot, photographer Ethan Russell told The Guardian earlier this year: "George Harrison was miserable from frame one to frame 500. He was so over it. I don’t think he did anything but scowl for three hours."

Commenting on the band and their state of mind, Russell who has some iconic photographs of the rockstars to his credit, said: “Paul was trying to hold it together. He had his arms crossed like, ‘Come on, lads!’ But the concept of the Beatles just didn’t sync with who they were any more. I could have asked them to smile, but it would have been totally fake and I’m glad I didn’t. This marriage had come to an end – and boy does it show.”

Photos from this shoot were used in The Beatles' 'Hey Jude' cover.

Talking about the day in The Beatles Anthology, a documentary series on the band, George said: “They were filming us having a row. It never came to blows, but I thought, ‘What’s the point of this? I’m quite capable of being relatively happy on my own and I’m not able to be happy in this situation. I’m getting out of here.’”