As if Marvel Studios' Phase 4 slate was not enough to take the audiences by storm, 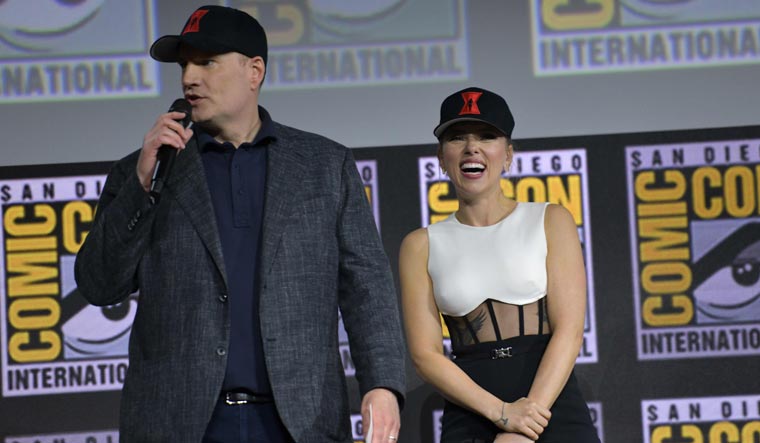 As if Marvel Studios' Phase 4 slate was not enough to take the audiences by storm, studio president Kevin Feige has now revealed that they have already mapped out the next phase of Marvel Cinematic Universe.

Post the Marvel presentation at the San Diego Comic-Con 2019 over the weekend, Feige said while their Phase 5 was finalised, they decided to stick to Phase 4, which comprises big films like Thor: Love and Thunder, Doctor Strange in the Multiverse of Madness, The Eternals and Black Widow.

The studio also announced that their series—Hawkeye, Loki, What If...?, Wanda Vision and The Falcon and the Winter Soldier—will premiere in 2021 on Disney's upcoming streaming service, Disney Plus.

"We debated what we should announce... Should we announce 4 and 5? We've planned them out, we've got five years down the road and I was like, I think eleven projects in two years is plenty. Having not mentioned anything for two or three years," Feige told MTV.

He added the next set of Avengers will be a "very different team than we've seen before" and will include many new characters.