The emotional impact of the scene, however, will remain the same 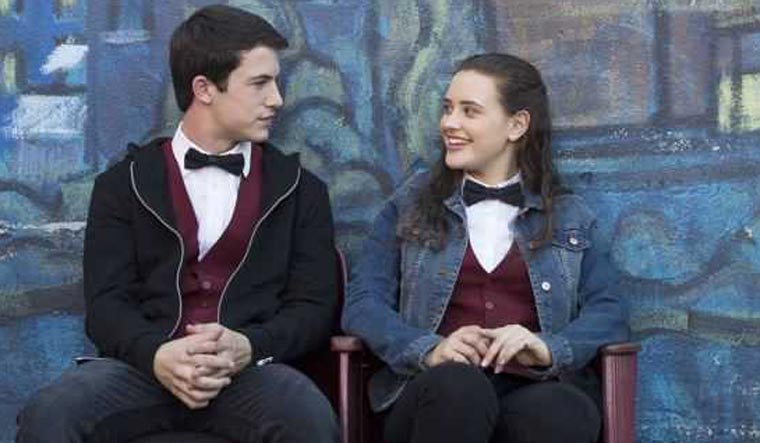 Netflix has decided to do away with the controversial suicide scene in the teenage drama 13 Reasons Why.

Taking to Twitter, Netflix announced that following the advice of medical experts, they, along with the creator Brian Yorkey and producers of the show decided to "edit the scene in which Hannah takes her own life from Season 1". The aforementioned scene refers to the protagonist of the show, Hannah Baker, taking her life by slitting her wrists in a bathtub. According to media reports, the scene is no longer available on Netflix.

According to sources, the emotional impact of the scene, however, will remain the same despite the edit.

"We've heard from many young people that 13 Reasons Why encouraged them to start conversations about difficult issues like depression and suicide and get help — often for the first time. As we prepare to launch season three later this summer, we've been mindful about the ongoing debate around the show. So on the advice of medical experts, including Dr. Christine Moutier, chief medical officer at the American Foundation for Suicide Prevention, we've decided with creator Brian Yorkey and the producers to edit the scene in which Hannah takes her own life from season one, read the statement from Netflix.

“It was our hope, in making 13 Reasons Why into a television show, to tell a story that would help young viewers feel seen and heard, and encourage empathy in all who viewed it, much as the best selling book did before us. Our creative intent in portraying the ugly, painful reality of suicide in such graphic detail in season one was to tell the truth about the horror of such an act, and make sure no one would ever wish to emulate it. But as we ready to launch season three, we have heard concerns about the scene from Dr. Christine Moutier at the American Foundation for Suicide Prevention and others, and have agreed with Netflix to re-edit it. No one scene is more important than the life of the show, and its message that we must take better care of each other. We believe this edit will help the show do the most good for the most people while mitigating any risk for especially vulnerable young viewer,” read a statement from Brian Yorkey.

A statement from our show creator Brian Yorkey. pic.twitter.com/J6XiD9LVkU

13 Reasons Why is the story of a high school student, Clay Jensen, who learns why his friend, Hannah Baker, took the extreme step, from a box of tapes that she recorded and sent to him before her death.

When the first season of the show was released in 2017, although it was praised for raising the issue of bullying and harassment in school campuses, it also faced criticism for glamorising suicide. A study published on April 29 in the Journal of the American Academy of Child & Adolescent Psychiatry has found that the release of the show timed with a spike in the monthly suicide rate among American youth aged between 10 and 17