Finally, Chandigarh has a movie to its credit

'Chandigarh-Amritsar-Chandigarh' will be released by the end of May 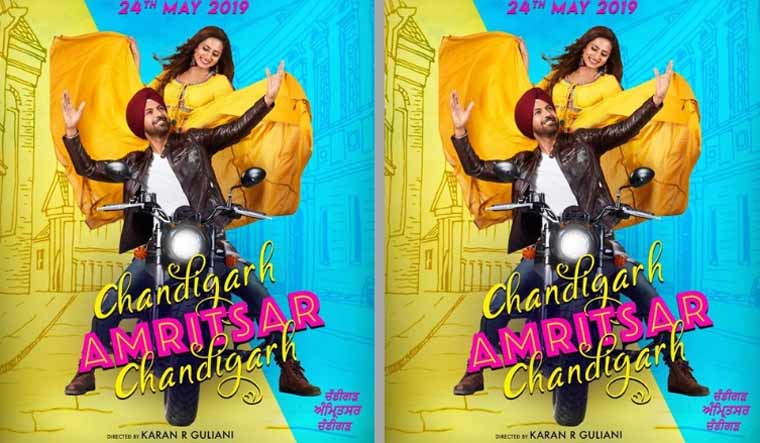 Bombay, Goa, Chennai, Delhi...all these cities have movies that bear their names—Bombay to Goa. Chennai Express. Delhi-6 . Why, even Wasseypur, a small locality a good distance away from Jharkand's capital, Ranchi, has an eponymous movie.

Though the epithet 'The City Beautiful' is so often used to describe Chandigarh that it has become the official tagline for the city, this modern city had no film to its name so far.

Chandigarh was designed by eminent architect Le Corbusier after a very competitive bidding, overseen almost personally by India's first prime minister, Jawaharlal Nehru. The city was created in lieu of

Lahore, before Punjab was bifurcated to carve out Pakistan. It is to be recalled that the city was so beautiful and different—and continues to be so—that the newly carved out states of Punjab and Haryana fought over it in 1961, leading to the decision that it would remain as a union territory with the two states being allowed to have Chandigarh as their capital—an arrangement that continues even to this day.

There is a formula for sharing the costs, the posts in the Chandigarh administration and even the space in the 8-storeyed civil secretariat that the two states share. The question 'who does Chandigarh belong to' will probably never be answered.

The late comedian Jaspal Bhatti lived in Chandigarh, and shot his films at his studio in neighbouring Mohali. Actor-turned-politician Kirron Kher made it her constituency and became MP from Chandigarh. Actor Gul Panag lives in adjoining Panchkula when she is not in Mumbai or outside India.

Back to the issue of having a film after its name that has eluded the city. In recent memory, the closest it came to being filmy was a bit of shooting and a couple of mentions of the name – Chandigarh – in Madhur Bhandarkar's film Fashion that was released 10 years ago. And it was hardly in a charitable way. Chandigarh was portrayed as the simple, one-horse town that was the home of the model who aimed high. Now, the model, played by Priyanka Chopra, moved on to the fashion capitals of the world, as did the actor herself in real life. But Chandigarh still did not have a film to its name.

All that will change by the end May. The city will see its name appear twice in the film. Chandigarh-Amritsar-Chandigarh, a Punjabi movie, will have Sargun Mehta and Gippy Grewal playing the lead, and directing it will be Karan K. Guliani. The first look poster, released on Wednesday, suggests it could be a road movie, but other details are being kept under wraps. And with the buzz that a film with the city's name is in the works, residents of Chandigarh can apparently not wait to see it!