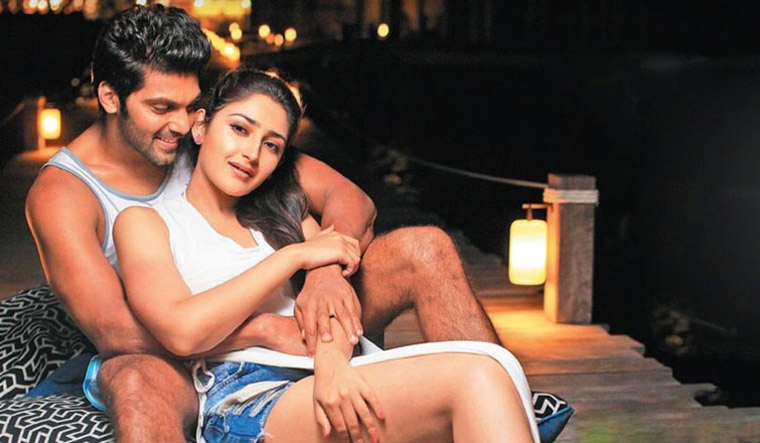 It's wedding bells for stars in the Southern film industry. After Tamil actor Vishal recently revealed his bride-to-be and wedding details, another actor is all set to get married.

Actor Arya is planning to get hitched to his co-star Sayesha Saigal. According to reports, the 38-year-old actor will marry the 21-year-old actress on March 9 in Hyderabad. The much-in-love couple will have a traditional Muslim wedding followed by a grand reception.

Sayesha is the daughter of actors Sumeet Saigal and Shaheen Banu, and the grandniece of actors Saira Banu and Dilip Kumar.

The duo grew close on the sets of their 2018 movie Ghajinikanth and are currently shooting for another movie together titled Kaappan.

Last year, Arya was part of a controversial matchmaking reality television show, Enga Veetu Mapillai, which was dubbed as a bride hunt for him. But apparently, the actor refused to marry any of the finalists.