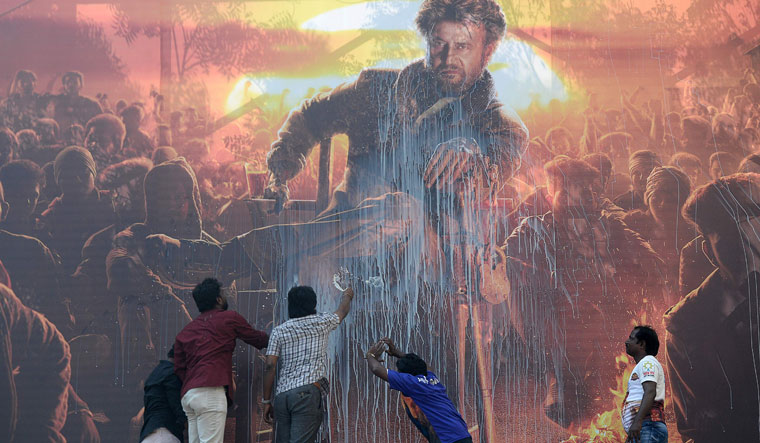 Tamil actor Simbu has raked yet another controversy after he recently urged his fans to conduct 'paal abhishekam'—pour milk on his cut-outs—ahead of the release of his film Vandha Rajavathaan Varuven. In response, the Tamil Nadu Milk Dealers Welfare Association has sought a permanent ban on the practice of milk baths during the release of superstars' films. The practice, a common sight in Tamil Nadu, involves fans bathing in milk huge cut-outs of their favourite actors. Recently, five people were reportedly injured in Tamil Nadu after a huge cut-out of actor Ajith collapsed during the milk bath, ahead of the release of his film Viswasam.

Milk dealers have approached police against widespread theft of milk packets ahead of the release of films of superstars. They have demanded a permanent ban on milk baths on cut-outs, prevention of wastage of tonnes of milk and have also sought protection before the first day first show of superstar films.

With Simbu making a public call to his fans to conduct 'paal abhishekam', milk dealers are also worried if this will aggravate such actions by fans of other actors in Tamil Nadu where fan culture often takes a violent turn with factions clashing before major releases.