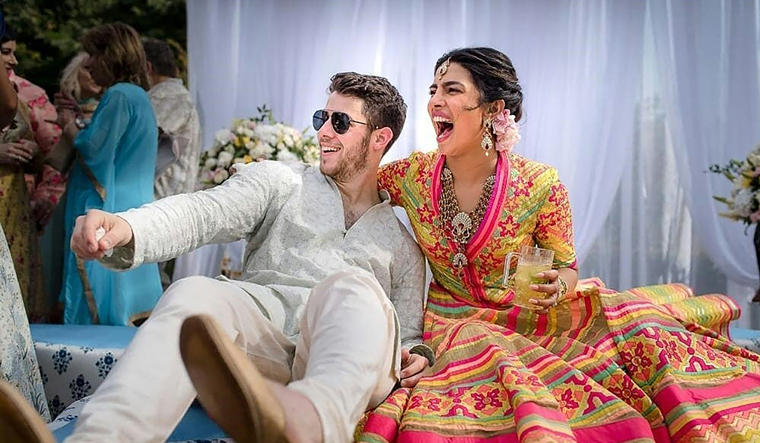 US publication The Cut, under the New York Magazine stable, calls itself a feminist publication "showing the world what women are made of".

And then they published a piece after the high-profile Priyanka Chopra-Nick Jonas wedding, dubbing Chopra a “modern-day scam artist" who has trapped Jonas against his will. The article, titled ‘Is Priyanka Chopra and Nick Jonas’s Love for Real?’, was written by journalist Mariah Smith. The piece, labelled "racist and sexist" on Twitter, goes on to identify Chopra as a “former star of Quantico, current pride of India and the first major Indian crossover star in the US". Jonas, the article says, was “the youngest member of the now-defunct Jonas Brothers”, which gained “extreme popularity during their frequent appearances on the Disney Channel”. But how did Chopra and Jonas come together, the author goes on to ask, claiming that Jonas DM’d Priyanka on Twitter, and that “their exchange launched the very beginning of Priyanka’s plan to make this Nick Jonas opportunity her forever bitch”.

The article goes on, claiming that “there was something that not many people know, or choose to accept, about the global sensation that is Priyanka: She is a modern-day scam artist, in my opinion”. The author promises to share the reasons why she thinks so: “Nicholas Jonas married into a fraudulent relationship against his will this past Saturday, December the 1st, and I’ll tell you why I think so.” The only problem, she never does.

.@TheCut's piece on @priyankachopra and @nickjonas is t r a s h. I don't even think their relationship's real but here goes:
1. He isn't a helpless bachcha who got trapped. She, a RELEVANT star resurrected a has-been child star's "career".

What on earth is this piece exactly, @NYMag @TheCut?! She scammed a famous guy into marrying her?!

If this is meant to be satirical or humorous, it has sadly missed the point. Instead it’s just sexist, ageist and culturally ignorant to Priyanka Chopra’s background. https://t.co/fbYwpeBsv5

For a publication that “shows women’s what they are made of” @TheCut has a lot to answer for . The article on @priyankachopra was sexist , racist and disgusting. Also it’s written by a woman which is so sad. It reeks of envy and bitterness. @mRiah shame on you! https://t.co/bmbbX7LrAT

“All Nick wanted was a possible fling with Hollywood’s latest It Woman, but instead he wound up staring straight at a life sentence with a global scam artist.” This is really disappointing ⁦@TheCut⁩ that you platformed this vicious, uninformed piece. https://t.co/6hvtufDJWY

Then came further icings on the cake: “All Nick wanted was a possible fling with Hollywood’s latest It Woman, but instead he wound up staring straight at a life sentence with a global scam artist. Even more upsetting, she’s a scam artist who never even took the time to make sure he was comfortable riding a horse before arranging for him to enter their wedding ceremony on horseback.”

The author ends with one last jibe at the married couple: “Nick, if you’re reading this, find that horse and gallop away as fast as you can!”

Predictably, the piece raised many social media hackles, many of whom criticised the writer for her shallow understanding of Indian marriage celebrations and the illustrious career of Chopra.

Priyanka Chopra and Nick Jonas had exchanged wedding vows as per Catholic traditions at Umaid Bhawan Palace in Jodhpur on Saturday. The couple had a dual wedding. The Christian wedding will be followed by a grand Hindu traditional ceremony on Sunday. The respective families of the bride and the groom, including Priyanka's mother Madhu Chopra, brother Siddharth and cousins Parineeti and Mannara Chopra and Nick's parents Paul Kevin Sr and Denise, brother Kevin and his wife Danielle, and brother Joe, and his fiancee Game of Thrones star Sophie Turner, arrived on Thursday.