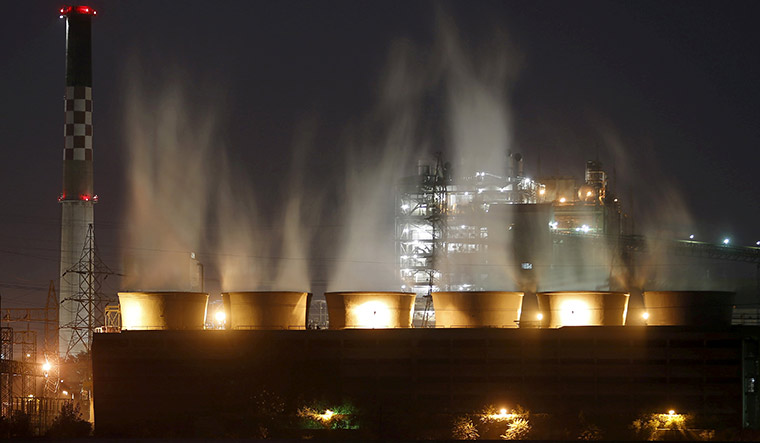 Even as large swathes of India reel under a severe power shortage, the government is desperately stepping up efforts to salvage the situation.

Cracking the whip, the union power ministry has asked reticent power generating companies, both state and private-owned, to better fix up and import the necessary coal from international markets within June to deal with the deficiency.

About 70 per cent of electricity in India is from thermal energy produced primarily by burning domestic coal that is mixed with imported coal. One of the primary reasons for the critically low coal stock at many power plants presently has been because power companies, strapped of cash particularly since Covid, have been dragging their feet from importing coal from the international markets, where the prices have shot up dramatically in recent times.

The government also took pains to state that there was enough supply of domestic coal on offer. On Tuesday afternoon, Union coal minister Prahlad Joshi pointed out how Coal India has increased the amount of coal it despatched to power stations across the country — from 43 metric tonnes in April 2021, the despatch rose to nearly 50 metric tonnes last month. Total production in the month, as per a government release, was more than 7 crore tonnes last month, with more than 6 crore of it going to the power sector only.

“An astounding growth rate of 15.6 per cent is witnessed in Coal India’s coal despatch to the power sector,” Joshi said.

How much that will help remains to be seen — power consumption grew 13.6 per cent last month, as summer hitting early as well as a back-to-normal resumption of economic activity both saw a rise in demand. And there just isn’t enough electricity being produced to meet it. The villain? Coal.

The problem, though, is that there isn’t enough electricity to go around. And the villain? Coal, or rather, its shortage.

There may be no respite in sight, despite the flurry of high power meetings between ministers as well with those of state government officials and power plant operators over the last few days — even home minister Amit Shah had to step in and call high level ministerial meetings to figure a way out.

The strategy seems to be to restart many non-operational power plants within the end of May as well as look at ways to replenish coal stocks at thermal power plants across the country. There are also talks of starting a bidding process for coal supplies. NTPC reportedly will award its first contract in 6 years for a coal-fired 1,320 MW plant in Odisha this month.

But all that may not solve India’s simmering summer of discontent. What is being witnessed now is an acute repeat of what happened back in October when monsoon rains impeded the transportation of coal to power plants, resulting in a power crisis. This time, it is worse. More than 60 per cent of India’s thermal power plants have critically low levels of coal stock. Shortage in the month of April was 240 crore units (in comparison, shortage in April 2021 was just 40 crore units).

To make matters worse, most of the country is reeling through one of the hottest summers in a century with a relentless heat wave that has hit early and hit hard, leading to a rise in power demand.

The domestic situation has been compounded by international developments — the post-Covid logjam in global shipping and supply chain has seen international coal prices soaring high — many Indian power distribution companies, especially state DISCOMs of Maharashtra, Jharkhand etc., are in a bad state financially to buy them at such prices. For example, all state-owned power plants and coal-based power plants in Tamil Nadu, Karnataka, Andhra Pradesh, West Bengal and Rajasthan are facing critical shortage of coal. In fact, Rajasthan faced a shortage of a whopping 28 crore units last week, resulting in power cuts lasting as long as 8-9 hours across the Congress-ruled state. The situation could just get worse before it gets better.