Media industry is next big battleground for billionaires Ambani, Adani and Amazon 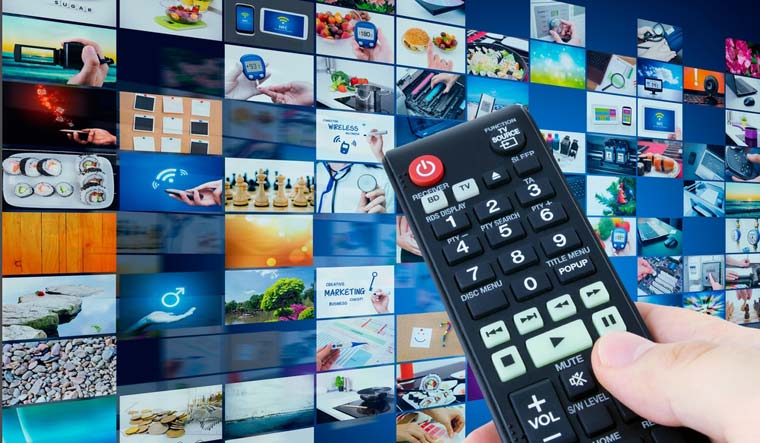 After emerging as the market leader in retail and telecom, Mukesh Ambani-owned Reliance Industries has set sights on media business. It is building a war chest to take on broadcasting biggies Star and Sony Entertainment, even as there is a looming threat from e-commerce giant Amazon and billionaire Gautam Adani, who also have big ambitions in an industry that is projected to touch $100 billion by 2030.

It was back in 2014 that Reliance Industries acquired the Network18 Group through its arm Independent Media Trust. This has helped it get a strong foothold in the broadcasting as well as online content business through properties like CNBC-TV18, CNN-News18, Colors and moneycontrol.com. Over the years, Reliance has picked up stakes in Balaji Telefilms, Eros International and music streaming app Saavn.

Now, its focusing on the missing link—sports broadcasting. Voot Select has already bagged streaming rights for tournaments like Spanish LaLiga football and US NBA (National Basketball Association). But, India is a cricket crazy nation, and what better than Indian Premier League to woo the audience? The annual cricket carnival has, over the years, attracted a huge fan following. Last edition, IPL’s viewership touched 242 billion minutes.

Ambani-owned team Mumbai Indians may have struggled in the current edition of the IPL, but off-the pitch Reliance seems to be preparing hard, with the satellite TV and digital streaming rights for five years up for grabs.

The plan is to jointly build India’s leading entertainment platform and pioneer media landscape’s transformation to a streaming-first approach, the two companies said.

Ambani said the plan was to bring the best media and entertainment services for Indian customers through this partnership. “James and Uday’s track record is unmatched. For over two decades, they have played an undeniable role in shaping the media ecosystem in India, Asia, and around the world. We are very excited to partner with Bodhi Tree and lead India’s transition to a streaming-first media market,” he said.

Interestingly, it was under Uday Shankar’s leadership that Star had successfully bid for the IPL media rights back in 2018. The partnership with him and Murdoch, will no doubt, help Ambani strengthen the media business.

The company has already set the ball rolling for sports broadcasting. On April 15, Viacom18 launched the network’s dedicated sports broadcasting channel Sports18. It has followed that up with a Hindi sports channel. Now, if the group can bag the IPL media rights, bidding for which will happen later this year, it will give their sports offerings a big boost.

While Star was already strong in satellite broadcasting, with Disney, it has been able to strengthen the media streaming platform Hotstar. Separately, Sony Entertainment and homegrown Zee have agreed to merge.

So, the investment from Murdoch and Uday Shankar will provide Ambani with more ammunition to take on the biggies in media business.

But, competition is only increasing, and not just from the Stars and Sonys. US billionaire Jeff Bezos-owned Amazon’s streaming service Prime Video announced on Thursday it will launch 40 new titles in Hindi, Tamil and Telugu. It will also offer movies on rent as it strengthens its streaming service in the country.

In March, Adani had announced a deal to acquire a minority stake in Quintillion Business Media, a digital business news platform.

“The adoption of technology and the increased ability of our nation to consume information has dramatically transformed the way media is expected to disseminate authentic information. This is exactly what Adani Media Ventures aims to do.”

Mukesh Ambani and Gautam Adani are already competing against each other in areas like renewable energy. Ambani and Amazon are battling it out for e-commerce supremacy.

In the last few years, Reliance Retail and Jio Platforms have attracted huge investment from global investors. Media is set to be the next big battleground and billions of dollars are at play. The incumbents too are unlikely to give up without a fight.