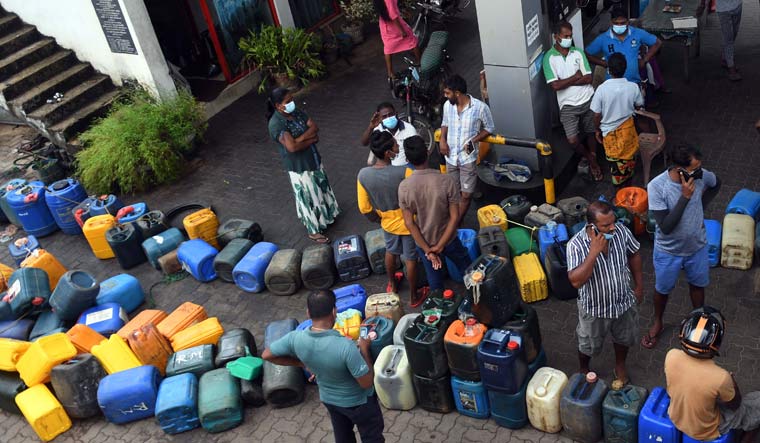 Sri Lanka's Finance Minister Ali Sabry has met IMF Managing Director Kristalina Georgieva in Washington and made a request for a Rapid Financing Instrument (RFI) amidst the unprecedented economic crisis in the island nation, a media report said on Tuesday.

The RFI, which is available to all member countries of the International Monetary Fund (IMF), provides rapid and low-access financial assistance to member countries facing an urgent balance of payments (BoP) need, without the need to have a full-fledged programme in place.

Sri Lanka, which is on the brink of bankruptcy, is grappling with an unprecedented economic turmoil, the worst since its independence from Britain in 1948.

Finance Minister Sabry is in Washington for the annual spring meetings of the International Monetary Fund (IMF) and the World Bank.

"The IMF has commended the steps already taken by the Finance Minister to mitigate the present financial situation in Sri Lanka," it said.

"The IMF has also assured their fullest support to Sri Lanka and a positive response has also been received to expedite the process to strengthen the support extended towards Sri Lanka," the report said.

Finance Minister Sabry made a request for an RFI with the IMF. The IMF informed Sabry that India had also made representations on behalf of Sri Lanka for an RFI, it said.

It had been communicated that the IMF will consider the special request made despite it being outside of the standard circumstances for the issuance of an RFI, the report said.

As the island nation is experiencing its worst economic crisis in history, massive anti-government protests are being held throughout the country against the government's failure to tackle the crisis.

With long lines for fuel, cooking gas, essentials in short supply, and long hours of power cuts, the public has been suffering for months.

With the economic crisis and the shortage of forex, an Indian credit line of $500 million for fuel imports provided a lifeline to the island nation.

President Gotabaya Rajapaksa has defended his government's actions, saying the foreign exchange crisis was not his making and the economic downturn was largely pandemic driven with the island nation's tourism revenue and inward remittances waning.