Depends on the type of battery used in the EVs, experts say 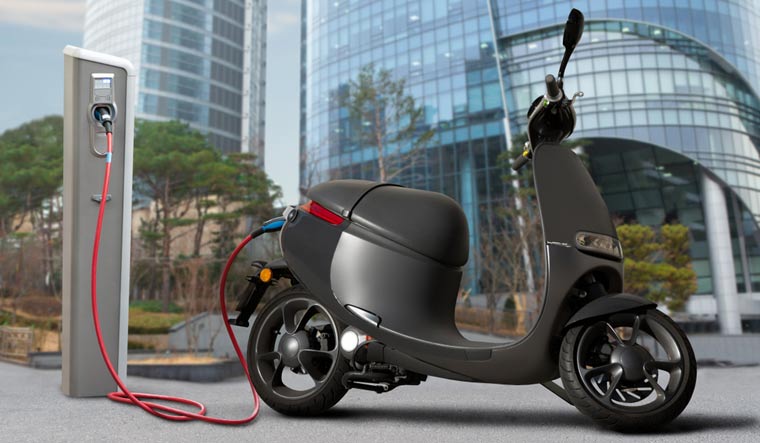 The recent fire incidents involving electric scooters, like an Ola S1 Pro and others, has sparked a debate on their safety. Experts told THE WEEK that a lot depends on the type of battery used in the e-scooter or e-bikes. The rechargeable lithium-ion batteries can catch fire mainly due to a short circuit. Even a tiny puncture in the battery, or a manufacturing defect, can lead to a contact between the anode and cathode, resulting in fire.

Experts further point out that an important factor for fire incidents is ‘thermal runaway’. “A thermal management system is built into modern electric vehicles. The primary function of this system is to keep the battery operational within the ideal range of safety and performance. Some of these thermal management systems may use liquid coolants, while others utilise air or refrigerant coolants. However, the problem is that these systems and components are designed to work during normal operating conditions. When a short circuit occurs, the exothermic reaction (heat-generating reaction) comes into contact with these components and leads to a more intense exothermic reaction and may result in a fire,” said Girish Linganna, director, ADD Engineering Components (India) Private Limited.

Experts point out that though data shows combustion vehicles are more susceptible to fires than EVs, when a fire does occur in an EV, firefighters need special training to extinguish the fire. However, it has been observed that only two-thirds of the firefighters of the Fire Safety Department have the per-requisite training due to scarcity of funds.

“EV battery fires need a large quantity of water to be extinguished. Since the immediate requirement during a fire is to cool down the battery as much as possible, it is a difficult task since large quantities of energy are densely packed. The fire may appear to be fully extinguished, but there’s a chance that it could still flare up, even days later. Towing services and junkyards have been directed to park damaged electric vehicles at least 50 feet away from other vehicles. Before EVs become more popular, a great deal of research needs to go into building robust and safe vehicles. Besides, training of personnel and infrastructure implementation must be undertaken. It also appears that manufacturers probably have not done their groundwork properly. In an urgency to gain early bird advantage and capture the market, every manufacturer perhaps has compromised on sufficient testing of design and composition of battery in on road conditions,” said Linganna.

A few experts feel that the fire incidents must serve as an alarm since we are still at an early stage of expansion of EVs in India, and this is what happens when we go ahead without factoring in the full-sale consequences of a new technology. “The fact that a successful switchover to EV-based vehicles is hugely dependent on China for supplies of batteries and other critical parts, should make us further do a rethink on it. In a way, we are fortunate that these issues have cropped up in the early stages. Therefore, the government should focus on other low hanging fruits like Auto LPG as an alternative which could bring an immediate relief from the urban air pollution and be economically lighter on the pockets of users in light of the ever-surging prices of petrol and diesel in the country,” said Suyash Gupta, director general, Indian Auto LPG Coalition.