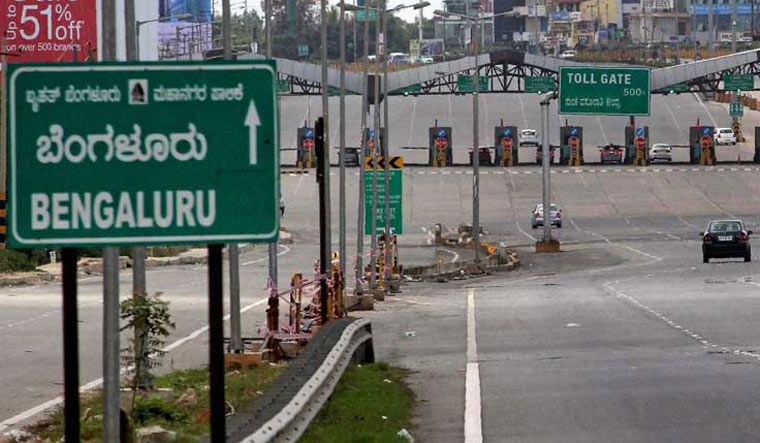 Bengaluru has been the world’s fastest-growing technology ecosystem with a rich talent pool. There are more than 67,000 registered IT companies with about 1.5-2 million employees. So, the growth of Bengaluru as a job-generating city especially the technology jobs is not a new trend. But city planners never planned the infrastructure in proportion to the growth of the economy or human settlement.

At the same time, a majority of technology professionals work from home (WFH) and the idea of running large offices from one or two centralized locations is becoming challenging. Adding to the operational costs incurred in running operations at the select offices, which are not even observing the full strength of the workforce, companies are rethinking their decision of operating out of a single location. Addressing the need for a better working model, one that delivers on quality, speed, insight, process, control and innovation, Karnataka's Digital Economy Mission (KDEM) spoke-shore strategy- with a GCC setting up a spoke office in Beyond Bengaluru clusters is gaining momentum.

This initiative is aimed at the ease of doing business, city livability, and talent aspects and is poised to create a positive impact on the state’s growth story. There have been positive results too with companies such as IBM and Glowtouch setting up their Global Delivery Center in Mysuru and companies like I-Merit basing operations in Hubbali.

“The Beyond Bengaluru program of KDEM is spearheading the objective of proliferating the growth of the digital economy in clusters beyond Bangalore. This is done for select identified clusters in the state by developing and facilitating a product based ecosystem. Building a community of key industry players, entrepreneurs, start-up owners, academia, accelerators and student community, the Beyond Bengaluru program of KDEM is steering towards getting investments and generating employment in the state. At the same time with the IT policy of the Government of Karnataka focusing on strengthening digital infrastructure in tier-II and tier-III cities and enabling remote and distributed labour, the state government has already initiated a dialogue with the real estate developers, co-working space owners etc., leveraging their network and creating a database of all available spaces in clusters,” B.V. Naidu, Chairman, Karnataka Digital Economy Mission, told THE WEEK.

He says that as part of the missions they have already grounded many firms that have started operationalizing from these clusters and there are many GCCs in talks with them and are planning to kick start their operations soon. “Nowadays we are not calling cities beyond Bengaluru as Tier II and Tier III anymore. We do not want to demean them by calling Tier II and Tier III. They are as capable as the talent available in the larger cities. Hence, we decided to call them Emerging Tech Clusters (ETCs). The Beyond Bengaluru initiative aims at bringing in at least 100 GCC companies and 5,000 IT companies and start-ups by 2026 in the Beyond Bengaluru clusters,” added Naidu.

IBM has set up a Client Innovation Center (CIC) in Mysuru. As an entrepreneurial start-up within IBM Consulting, the CIC specializes in design, software engineering, and analytics. “Digital transformation is happening at an accelerated pace across Mysuru. The IBM CIC will play a key role in the digital transformation of the IT-ecosystem throughout the city and create new employment opportunities to foster the next wave of technology innovation,” remarked Amit Sharma, Managing Partner, Worldwide Global Delivery at IBM.

Industry experts say it is time Karnataka took measures to decongest Bengaluru, not by demolishing buildings to widen the road but by fuelling the growth of tier II and III cities as better alternatives to Bengaluru. “Incentivising investors to open their shops outside Bengaluru is the need of the hour. In addition, all cities, including those around Bengaluru, should have airports. The tech capital can be decongested if the working and business classes bypass the core of Bengaluru to reach their destinations outside. Educational institutions of repute should be allowed to come up only outside Bengaluru. If these measures are not taken, the non-availability of water and quality power supply in Bengaluru will force people to shun this city in the near future. We should avoid such negatives,” observed Girish Linganna, the director of ADD Engineering Components India Limited.

This expert points out that with the government having begun planning of 100 smart cities across the country, cities such as Hubbali-Dharwad, Belagavi, Davangere, Mysuru are getting their due with several industries setting up their shops there. “An aerospace park is already in the offing in Belagavi, which offers its pleasant weather and is surrounded by several tourism destinations including Goa for weekend getaways for the industrial staff. The IIT at Dharwad and IISc at Chitradurga and several leading engineering colleges can be helpful in research and required human resources. It is just that the government should ensure proper flow of funds, investments and favorable atmosphere for investment here. With the traffic snarl being common in Bengaluru, setting up shops outside Bengaluru will be more beneficial,” said Linganna.

Experts point out that people have now realized the quality of life offered by the tier II and III cities can be enjoyed while also working for leading IT companies. As time goes by and as Covid settles down, the work culture is expected to be a hybrid model, where a few days will be spent at the office and a few days remote working.

“The realization that a lot of our employees come from tier II & III cities and the fact that they prefer to be in their home cities has been the key driver that was not there before the pandemic. In the context of Tier II and III cities, of Karnataka as an example, under the KDEM initiative, we have Beyond Bengaluru - where we identity multiple hubs in Karnataka, such as Hubli, Mangaluru, Mysuru and position each of these hubs as the centre for certain industry segments and back it with solid policies and incentives to promote those industries in these hubs. For instance, Mysuru has been identified as a hub for the ESDM - Electronics Systems Design and Manufacturing sector. The government has backed this initiative by providing a centralized test facility through an ESDM Cluster and also has backed by giving capital investment and working capital support and incentives for companies in ESDM,” remarked Pavan Ranga, Chairman of the Advisory Committee Beyond Bengaluru- Mysuru (KDEM) and Managing Director Rangsons.

Experts point out that professionals are moving back to their homes in smaller cities to take advantage of a peaceful and less expensive lifestyle and the pandemic has demonstrated without doubt that successful IT businesses are no longer the domain of large cities, whether it is in terms of infrastructure or talent availability.

“With reduced cost of fixed assets as well as talent, businesses will see higher profitability by moving to smaller cities. The movement of the IT industry to smaller cities will also fuel growth in the local economy thereby creating higher overall economic growth. The Karnataka Digital Economy mission’s plan to focus on Tier 2 and 3 cities of the state is in the right direction, however, it will not be an easy path and will need perseverance and tenacity, both by the government and the industry,” said Shekhar Sanyal, Country Head and Director, IET India.