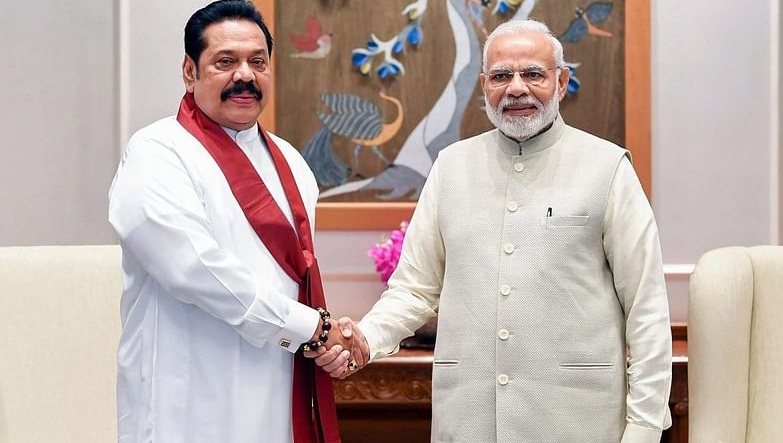 Will the sun continue to shine on the India-Sri Lanka bilateral? The year has begun well for India in this regard with New Delhi extending a USD 100 million line of credit to Sri Lanka to develop its solar power sector.

The credit line, which will be facilitated by the Exim Bank, is for developing solar projects across the country, specially the rooftop solar voltaic systems. It is under the larger umbrella of India's International Solar Alliance initiative.

It is significant to recall that last year, Sri Lanka called off a solar project with a Chinese firm due to security concerns expressed by a third party [India]. On January 15, External Affairs Minister S. Jaishankar had a telephone call with Sri Lanka's finance minister Basil Rajapaksa, to greet each other on Pongal. Jaishankar assured India's support to Sri Lanka in overcoming the island nation's economic crisis and other challenges posed by the pandemic. He noted that as close friends and maritime neighbours, both countries stand to gain from closer economic interlinkages.

The ‘maritime neighbours’ phrase is important as China is venturing into the maritime neighbourhood, with important projects, two of which are indeed, maritime. China is developing the Colombo Port City, in which it will have a 43 per cent stake in return for the investment of around 1.4 billion dollars. But there are concerns in Sri Lanka over debt to China, which the former reclaims in a brutal manner. Earlier, the country had to hand over the Hambantota port to China on a 99 year lease, caught in the Chinese debt trap.

Despite China's deep pockets, Sri Lanka is wary about complete financial reliance on one country, specially if that is China. And the Chinese help is not always the best. Sri Lanka realised this when it had to return a ship load of organic fertiliser by a Chinse firm because it was contaminated with bacteria. Sri Lanka is planning to make its entire agriculture organic. The bad fertiliser deal, coming at a time when the turnover was happening, has caused bad blood. The island nation is going through an economic crisis and its agrarian sector is in distress.

India is being careful in the way it is extending help, because Sri Lanka is known to cancel projects. Some time ago, it cancelled the Colombo port east container terminal development project that India and Japan were jointly undertaking. Later, however, it offered development of the west container terminal and in September, the Adani Group clinched the deal with a 51 per cent stake in the project.

India, just days ago, also sealed a deal to modernise the oil tank farms at Trincomalee Port , in which Indian Oil Corporation will hold a minority stake.

Sri Lanka's development needs are huge as it revives from the war years, but the recent pandemic has hit the country badly. It has asked for an additional credit of USD 1 billion for importing food and essential items and medicines and USD 500 million for importing oil from India. In addition, it has sought a two month deferral on the settlement of a previous USD 515.2 million credit from India. Jaishankar noted there was progress in the discussion on these issues.