S-Class Maybach is also among the planned launches 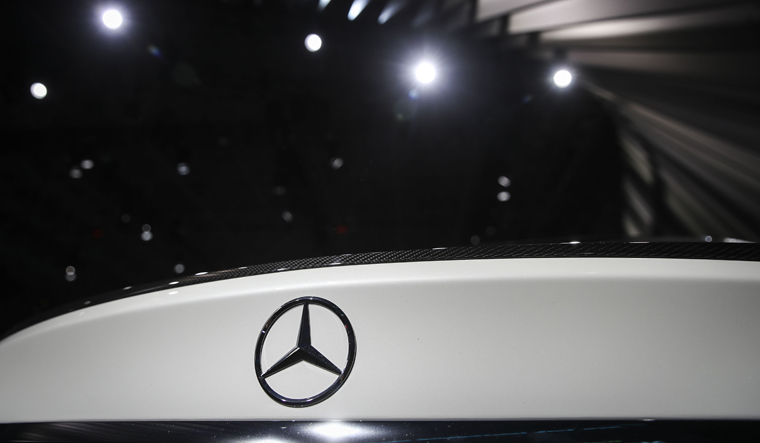 Mercedes Benz launched the EQC, India’s first all-electric luxury SUV, back in October 2020. Now, the German car giant has gone a step ahead and announced plans to launch the EQS in India this year and it will be locally assembled.

The EQS luxury electric sedan, equivalent to the conventional S-Class, made its global debut in April 2021. Mercedes plans to introduce the assembled-in-India EQS in the fourth quarter (October-December) of 2022.

Overseas, the EQS is available in two variants and has a claimed range of up to 770 km as per WLTP (worldwide harmonised light vehicle test procedure) standards.

While the Mercedes may have been the first to launch a luxury all-electric in India back in 2020, over the last year, other luxury car makers have followed in with the likes of Jaguar iPace and Audi e-tron, e-tron GT. They are all, however, completely built units imported into India.

By announcing the locally made EQS, Mercedes is clearly signalling India remains a key market from a current as well as future perspective.

“Two years ago we launched the (electric) brand, then we launched the EQC, then we brought the capability of the network and now we are bringing a car we think can go from import to a domestically produced vehicle because it has the volume assumptions underlined and the product potential. We take one step at a time, following a broad strategy, always listening to what the market and regulatory environment is telling us,” said Martin Schwenk, MD and CEO of Mercedes Benz India.

The EQS will be a part of Mercedes’ plan to launch 10 new products across its portfolio in India this year. The S-Class Maybach is also among the planned launches, and should hit the market in March 2022.

This growth was despite the second wave of the COVID-19 pandemic, which hit India’s economy hard, and the ongoing semiconductor shortage, that has hurt automakers globally.

Schwenk feels the chip crisis is unlikely to improve for a few months.

“We had disturbances in logistics chain, container shortages, lockdowns and supply disruptions, which happened all over the globe and eventually hit us, semiconductor shortage is part of that. It will take several more months for improving the situation and I think the stability of supply chain will also take a significant amount of this year to get really stable again,” said Schwenk.

However, he feels the impact of the current wave of the pandemic that is surging across the country is likely to be limited. He, therefore, is confident that Mercedes will be able to post a double-digit sales growth this year.

“We will see a significant growth, we see double-digit growth. We have very strong order intake. Now, whether we will hit the numbers of pre-pandemic years, will also depend on how the overall supply chain situation will develop. But, I am confident we will see a significant increase and we will be getting to levels of good years before,” Schwenk told reporters.

Mercedes already has an order bank of over 3,000 units, its highest ever.

While the chip shortage and high demand have led to long waiting times for some of its models like the GLE and GLS SUVs, input cost pressures are also biting for Mercedes, just like they are for other car makers.

Schwenk said the company has had to make several adjustments to prices over the last year and most recently at the beginning of this year on select models, due to cost side pressures. More price hikes could be expected this year.

“The broader belief is we see inflation wave going through all businesses, all industries and we will be affected as well with inflation over the year and according to the practice of the past, try to do adjustments where needed,” noted Schwenk.