Hiring sentiment in India is the strongest reported in eight years 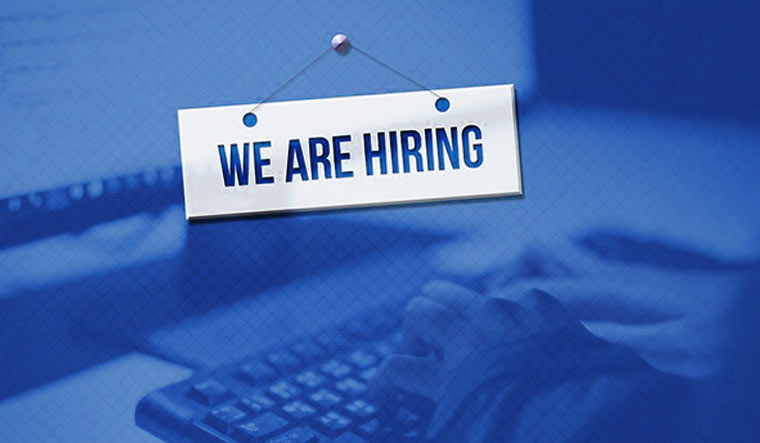 Indian employers have robust hiring intentions for the next three months, with 49 per cent of companies planning to add more staff in the January-March quarter, as employers are positive about achieving sustained post-pandemic recovery, a survey said on Tuesday.

According to the latest ManpowerGroup Employment Outlook Survey, hiring sentiment in India is the strongest reported in eight years, improving by five percentage points in comparison with the prior quarter and by 43 percentage points when compared with this time one year ago.

The survey of 3,020 employers noted that 64 per cent expect to increase their staffing levels, 15 per cent anticipate a decrease and 20 per cent do not anticipate any change, resulting in a seasonally adjusted net employment outlook of 49 per cent.

Gulati further added that “the boost in hiring outlook reflects employers’ sustained confidence in achieving a post-pandemic recovery. The 'Great Resignation' is additionally impacting the hiring sentiments in companies especially in the IT and technology sectors”. However, due to the skill gap, talent shortage continues to prevail and it has become increasingly difficult for companies to find and hire the right talent, Gulati said, adding that “Coupled with that is the new variant that is seemingly creating volatility for the administrators”.

Employers in large organisations report the most optimistic outlook with 51 per cent intending to hire in the first quarter compared with 25 per cent in small companies. Employers in the north report the strongest hiring intentions for January-March quarter, followed by south and west.

When asked about mandating vaccines, the survey revealed that 91 per cent of employers will mandate double vaccination and require proof for all staff, while 3 per cent will allow individuals to decide.

The survey further noted that digital roles are most in demand. IT, technology, telecom, communications and media reported the strongest outlook (60 per cent), followed by restaurants and hotels (56 per cent) and banking, finance, insurance and real estate (52 per cent).

According to the survey, more employers are embracing the blend of work at office and work from home. Corporates expect to adopt hybrid working for 51 per cent of finance and accounting and 49 per cent of human resource staff, while 45 per cent of production and manufacturing staff is expected to be at the workplace all the time.