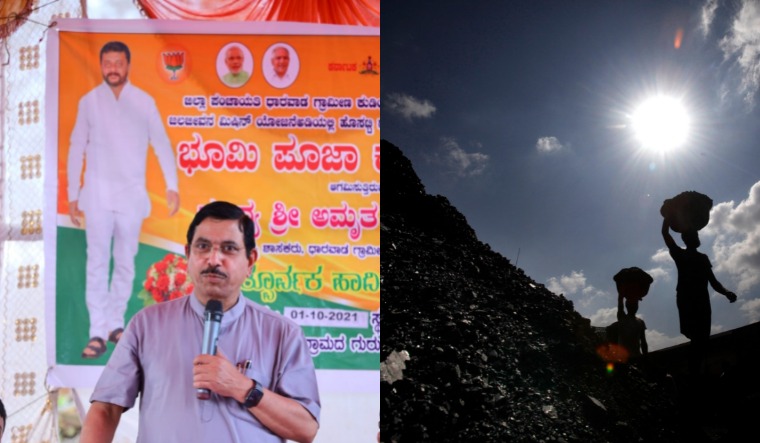 Two Union ministers on Sunday declared India had sufficient coal stocks to meet power supply demands, amid reports the country was staring at a shortage.

Union Minister for Coal Pralhad Joshi tweeted on Sunday "Assuring everyone that there is absolutely no threat of disruption in power supply. There is sufficient coal stock of 43 million tonnes with Coal India Ltd equivalent to 24-days coal demand."

Joshi informed he had reviewed the coal production and supply situation in the country with officials.

Union Power Minister R.K. Singh also declared there was no coal shortage in the country. Singh was quoted by NDTV as saying, "We are supplying power to the entire country. Whoever wants [power], give me a requisition and I will supply them.”

R.K. Singh warned GAIL and Tata Power against "irresponsible behaviour", which had created unnecessary panic. The power supply companies had warned consumers about the possibility of power outages.

Singh noted the panic was "baseless". He was quoted by News 18 as saying, “I have instructed that supply should not stop in any case. There is no crisis anywhere; it’s an unnecessary crisis.”

"Our coal stock is being built up, there is nothing to worry. People should know that we are continuously monitoring the situation… This situation is because there is rise in demand; demand is high, it means there is economic growth," Singh declared.

Coal-based power plants account for about 70 per cent of India's electricity requirements. The governments of Punjab, Tamil Nadu, Andhra Pradesh, Rajasthan, Gujarat and Delhi had warned of power outages in the coming days given issues with coal supply.