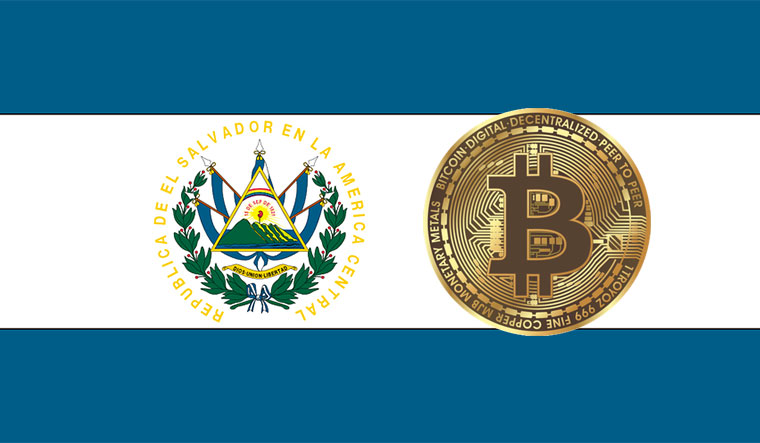 The brainchild of 40-year-old Nayib Bukele, El Salvador’s cryptocurrency experiment reached its apex on Tuesday as it officially embraced Bitcoin as legal tender—alongside the almighty US dollar. With $30 worth of cryptocurrency being made available to every Salvadorian via the government’s official Chivo app, Bukele hopes to incentivise his country of 6.8 million—70 per cent of whom are unbanked—to adopt the blockchain.

It is a move that has been met with opposition from Salvadorians, criticism from the International Monetary Fund, and absolute support from crypto-evangelists across the world—many of whom pledged to purchase $30 of Bitcoin on Tuesday in a bid to move prices up and support Bukele’s experiment. El Salvador is now possibly the most crypto-friendly nation on earth.

As of Tuesday evening, the Salvadoran government had purchased 550 Bitcoins in three instalments. The latest purchase of 150 BTC came on the day of the induction itself as bitcoin prices fell following massive volatility, with President Bukele tweeting “buying the dip”. Following the official induction of Bitcoin as legal tender, the Chivo app went down briefly as it could not handle the surge in traffic.

This experiment did not happen overnight. Since 2020, the El Zonte beach village has had about 500 fishing and farming families using Bitcoin. Unofficially dubbed Bitcoin Village, it became a tourist attraction on account of its bitcoin economy, with functioning Bitcoin ATMs that allow one to withdraw dollars after converting it from Bitcoin.

With the experiment garnering attention, the Salvadoran government was emboldened to pass legislation in June that required all businesses except those that lacked he technology to accept payments made in bitcoin. The El Zonte model seems to have been adopted at a national level, with around 200 Bitcoin ATMs being installed around the country.

The “Bitcoin Law” has not been without criticism: As a legal tender, Bitcoin lacks the benefits of many fiat currencies as it suffers from massive volatility and also high transaction fees.

Responding to El Salvador’s legislation in June, the IMF took a concerned tone. “Adoption of bitcoin as legal tender raises a number of macroeconomic, financial and legal issues that require very careful analysis,” it said.

A poll by the Central American University showed that 67.9 per cent of the 1,281 people surveyed disagreed with the use of bitcoin as a legal tender. High Bitcoin transaction fees—which peaked at over $60 in April and are in the $2-3 mark at present—could also serve as a problem for ordinary users hoping to use it to make daily transactions. Users need not always pay a high fee—fees help speed up transactions in a bid to incentivize blockchain miners to validate more profitable transactions first. The alternative to a fee then is to simply wait it out—but this could be a problem for those looking to make a speedy purchase at a shop.

However, advocates of the use of the cryptocurrency as a legal tender say the move will help boost the economy. El Salvador receives about 20 per cent of its GDP in the form of remittances. Cryptocurrencies have long sought to disrupt the remittance market on account of their cutting-out of the middleman in the process and the ability of a user to transact from anywhere on earth. As Bukele tweeted, "Our people pay $400 million a year in commissions for remittances…That saving alone will be a huge benefit for our people (or at least for those who want it)."

Cryptocurrency’s volatility is also what helps some investors generate large profits. President  Bukele tweeted on Tuesday saying the 10 per cent slide in Bitcoin’s price helped El Salvador save “one million in printed currency” when it purchased more Bitcoins.

However, Bitcoin crashes—sometimes triggered by something as innocuous as an Elon Musk tweet—could end up having the opposite effect.

As the first country in the world to adopt a cryptocurrency as a national tender, El Salvador paves the way for a crypto-evangelist’s future. And, potentially, it could end up encouraging other Latin American countries in its neighbourhood to take the leap.

Panama, for example, has also proposed a cryptocurrency law that could see it embrace a range of cryptocurrencies. The proposed law, announced by 32-year-old Congressman Gabriel Silva, is intended to “make Panama a country compatible with the blockchain, crypto assets, and the internet. This has the potential to create thousands of jobs, attract investment and make the government transparent.”

The success of El Salvador’s crypto-experiment will be keenly watched. Scepticism of government-led efforts to popularise crypto stems in no small part from criticism of Venezuela’s disastrous rollout of the “Petro coin” cryptocurrency—backed by oil reserves, it lacks the decentralised nature that crypto-evangelists say is crucial to ensuring the integrity of monetary supply. The Petro’s own founder has since distanced himself from the project.

20 years ago, El Salvador dollarized its economy in what was seen as a bid to grow closer to Washington and take advantage  of low and stable inflation. Then too, the move was sold as a solution to economic problems. But it quickly proved costly for the country’s poor—forcing inflation from rounding up prices and removing El Salvador’s control on monetary policy, whether in terms of changing exchange rates or printing more currency. With Bitcoin too, El Salvador will find that it can do nothing to change the fundamentals of its monetary policy: Bitcoin supply is finite and not dictated by governments, nor is its exchange rate vis-à-vis the dollar something that El Salvador alone can manipulate at will.

Will Bitcoin-isation of El Salvador play out the same way as dollarization? Or will it set off a domino-effect of encouraging other countries to adopt cryptocurrencies. Only time will tell.