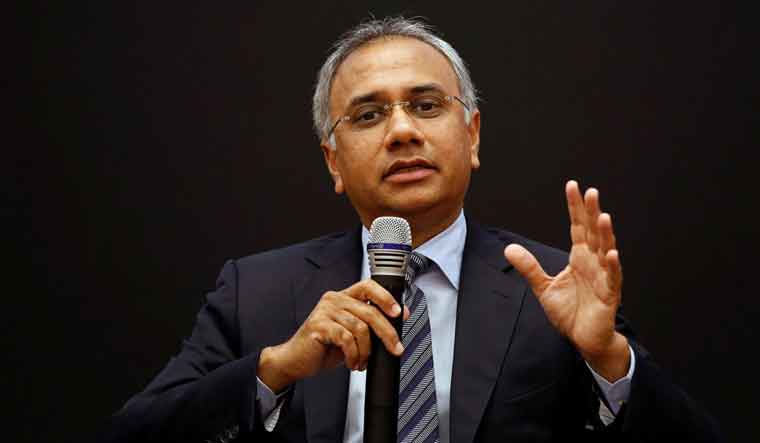 Despite a last-minute maintenance to deal with the glitches that have plagued the national Income Tax Portal ever since it was handed over to software services giant Infosys, its CEO had to face an irate finance minister Nirmala Sitharaman at their hurriedly called meeting at the ministry on Monday afternoon.

Infosys CEO Salil Parekh was summoned to explain the continuing mess of the IT portal—the site itself disappeared over the weekend, reappearing late Sunday night after what Infosys called 'an emergency maintenance'. Parekh was accompanied by the head of Infy's India Business division which is in-charge of the portal, C.N.Raghupati.

The issue gets particularly crucial as the deadline for filing for all tax paying citizens is coming up in just over a month's time. The date was extended from the usual July 31st, and unless the remaining issues are fixed quickly, the government may be forced to extend the date further.

Following the meeting with the finance minister, the Infy honchos were huddled in a detailed discussion with officials from the revenue department on how to sort out the issues. The meeting is being attended by revenue secretary Tarun Bajaj as well as officials from the Central Board of Direct Taxes (CBDT).

The finance minister demanded that the issues faced by taxpayers on current functionalities of the portal should be resolved by the team by September 15, 2021 so that taxpayers and professionals can work seamlessly on the portal.

Parekh explained that he and his team are doing everything to ensure the smooth functioning of the portal. He said that over 750 team members are working on this project and Pravin Rao, the COO of Infosys, is personally overseeing this project. Parekh also assured that Infosys is working expeditiously to ensure a glitch-free experience to the taxpayers on the portal.

This is the second time Parekh has had to appear before the finance minister to explain the issues with the IT portal. The last meeting happened on June 22, a fortnight after the new portal was launched to across-the-board errors. Parekh that time appeared virtually before Sitharaman, with his COO Pravin Rao attending the meeting personally in North Block.

While the issues with logins and accessing several services seem to have been fixed last-minute by Infosys over the supposed 'emergency maintenance', users point out that one of the fundamental problems, that of not being able to access previous year's tax records, has still not been rectified.

The imbroglio appears to be a classic case of an attempt to streamline and modernise a mediocre yet passably-okay-functioning government facility going terribly awry. The IT major was awarded the Rs 4,000 crore-plus contract as the winning bidder to relaunch the government's income tax filing portal for the 'next generation' two years ago. Yet, it has been plagued with glitches since launch on June 7 this year.

The government's attempt was to smoothen the whole tax filing process with a helping hand from the private sector so that the interface experience is simple, smooth and fast, with the processing time for refunds reduced from the present minimum of two months to just one day. The reality, till now, has been abysmal, with social media users trolling and cribbing about the site's problems ever since its launch. In fact, Sitharaman herself had tweeted expressing disapproval after customers complained of issues with the site right after its launch in June.

Since then, despite one direct meeting and several to-and-fro communication between finance ministry officials and those at the Bengaluru-headquartered software services giant, improvements were yet to show. As user ire mounted, the site itself disappeared over this weekend. Infosys announced late on Sunday night that “the emergency maintenance of the Income Tax India Portal has concluded and the site is now live.”