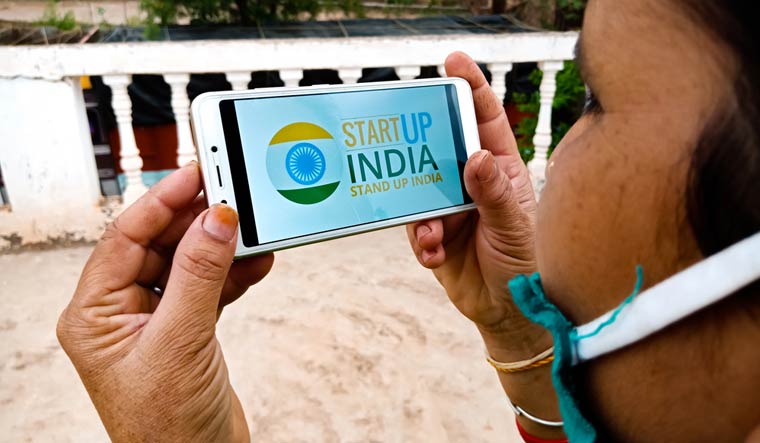 Indian startups received about $6.5 billion in funding in the April-June 2021 quarter, while 11 of them entered the coveted unicorn club, a report by Nasscom-PGA Labs said.

During the second quarter, 160 funding deals were closed -- up 2 per cent from the January-March period.

"Q2 2021 has been impeccable for the start-up growth story. From being the most funded quarter, it has also added the most number of unicorns. Standing tall during the pandemic second wave headwinds, Indian start-up ecosystem has shown a strong resilience in this quarter," the report said.

Funding raised in June quarter was at $6.5 billion, up by 71 per cent quarter-on-quarter.

"The Indian startup ecosystem that generated 53 unicorns till June 2021 has made great strides in the April-June quarter. From recording most funding deals to adding the most number of unicorns in a quarter, investors' confidence in good-quality digital businesses has strengthened like never before," PGA Labs Director, Competitive Intelligence Abhishek Maiti told PTI.

He added that the deal flow looks promising for the latter half too as India opens after series of lockdowns and sectors such as fintech, foodtech and healthtech continue to benefit from pandemic-induced adoption.

Fintech was the most funded sector, accounting for 27 per cent of the total deal value in the reported quarter.

Growth stage funding accounted for 61 per cent of the total deal value, it added.

About 100 startups received funding in the early stage, accounting for 9 per cent of the total funding raised.

This has taken the total number of unicorns in the country to 53 as of June 2021.

About 27 per cent of the unicorns added in the second quarter of 2021 were fintech startups, while 18 per cent each belong to SaaS (software as a service) and social commerce, the report said.

Interestingly, Tiger Global invested in 64 per cent of the unicorns during the second quarter of 2021.

The report noted that B2B startups raised over $ 1.9 billion across 85 deals, with an average deal size of $ 22 million.