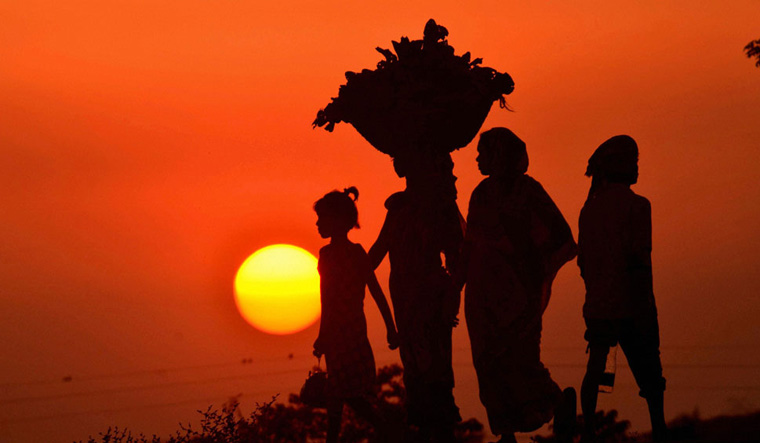 Industry leaders admit that if it was not for the stable status of the rural markets, Indian economy would have performed even worse last financial year | PTI

Perhaps it is time to put that cliché of the subsistence-farming rural villager on a bullock cart to rest forever. In case you haven’t noticed, rural prosperity has led to a lifestyle across India’s hinterland that is at once aspirational as well as ascending steadily.

Today morning, Maruti Suzuki, India’s largest selling car manufacturer, put it down in stone, and in hard figures, what has only been talked and guessed about for some time—that rural market’s got muscle.

In what has been a concerted strategy the Gurgaon auto giant has been pursuing for over a decade, the company declared that more than 40 per cent of its sales now come from rural markets. The market share was barely 10 per cent in 2009, before shooting up to 40.9 per cent now. This translates to a whopping 50 lakh cars sold in rural parts of the country cumulatively.

“Rural markets have a very special place in our business. While the aspirations of upcountry customer care are very similar to those at metros, they demand more attention and care,” said Shashank Srivastava, senior executive director (marketing & sales), Maruti Suzuki.

Of course, Maruti had turned its eyes on the rural landscape following the global financial meltdown of 2008-09. “In 2008, Maruti strengthened its strategy with a focused and structured approach towards the rural hinterland, which was least affected by the global financial crisis then. We built on the network with the aim of ‘Ghar Ghar Mein Maruti’ (Maruti in every household) to tap the immense potential in rural India,” explained Srivastava. This included 12,500 executives specially trained to understand local culture and traditions, as well as many local level engagement initiatives.

It is not Maruti Suzuki or the auto segment alone. It took the first wave of the pandemic, and a disastrous national lockdown for the powers-that-be to realise the power and potential of the rural economy. Industry leaders even admit that if it was not for the stable status of the rural markets, Indian economy would have performed even worse last financial year.

“If that rural support was not there, our economy would have suffered much more badly,” said Sanjay Aggarwal, president of the PHD Chamber of Commerce & Industry. “While we shut down our factories and offices… the farmer was working, the crop last year was good, and he made good money. Now we have seen the staying power of the rural economy, the strength to help the economy to some extent.”

One sector which had always banked on the rural markets has been the fast moving consumer goods segment (FMCG). According to Nielsen, rural markets account for 39 per cent of FMCG sales — demand in rural markets has been outstripping sales growth in urban areas for most firms in the last many quarters. It particularly got strengthened after the pandemic hit, with good crops, migrants coming back from the cities and spending, plus the government infusing cash through schemes like Jan Dhan as well as MNREGA. Not surprisingly, while FMCG sales increased less than one per cent in urban India last festive season, it shot up 14 per cent in rural markets.

Udaan, a Bengaluru-based e-commerce startup helps small retailers in rural areas scale up their business by taking them digital. “This is a one lakh crore rupee market,'' said its co-founder Sujeet Kumar in a recent interview, pointing to the immense potential.

With its significance rising, big FMCG companies as well as automakers were initially worried whether the second wave had hit the rural markets or not, and if so, how much. Hindustan Unilever (HUl), the retail market leader, last month said that rural markets remained resilient despite the impact of the second Covid wave. HUL chairman and managing director Sanjiv Mehta even told the company’s AGM that it was even prepared to tide over the third wave impacting rural markets with alternate logistic models ready.