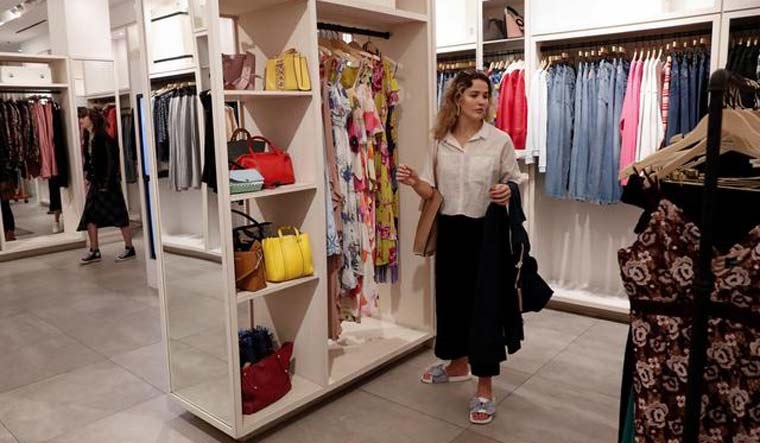 As the COVID-19 cases surged in April and May, many states announced lockdowns, which included shutting down of non-essential retail stores. This has hit apparel retailers hard and ratings agency CRISIL now expects organised apparel retail sector revenue to grow 15-20 per cent in the current financial year, compared with its earlier expected 30-35 per cent.

Localised restrictions starting from the second half of April this year resulted in pan-India average retail mobility (footfalls to retail stores) falling sharply to 36 per cent of the pre-pandemic level in May compared with 77 per cent in February, pointed CRISIL. Furthermore, retailers in smaller towns too have been impacted this time around.

“Revenue this fiscal will only be 70-75 per cent of the pre-pandemic level (60 per cent in fiscal 2021). Moreover, unlike the first wave that had higher impact in Tier-1 cities, the second wave has spread in Tier-2 and 3 cities and rural areas as well, resulting in a similar impact on departmental and value fashion retailers,” said Anuj Sethi, senior director at CRISIL Ratings.

While retail stores remained closed in the second wave, there were no restrictions on e-commerce sales, and this will bode well for retailers that have a omni-channel presence said CRISIL.

It expects share of e-retail sales to rise to 8-9 per cent in the year ending March 2022, compared with pre-pandemic level of 4-5 per cent.

Even as the revenue growth is likely to be lower, the organised apparel retailers are likely to retain operating margins at around 4-5 per cent in the current financial year, which would in fact be a slight improvement over 3-4 per cent reported last year. Renegotiation of rental agreements and trimming employee cost, which account for 20 per cent of revenue will aid margins, although they will still be well below the pre-pandemic level of around 9 per cent.

Apparel retailers last year raised around Rs 2,000 crore through equity infusions, aiding CRISIL-rated retailers to reduce overall debt by around 30 per cent. They are better prepared this time around and a gradual pace of store additions, coupled with retained proceeds from the fund raise will support their liquidity, said CRISIL.

However, some retailers with weak balance sheets and modest credit quality will still require additional debt to plug cash flow mismatches in the first half of the year, it added.