Indian economy and the rising threat of stagflation, explained

With inflationary pressures and a stagnant output, is India staring at stagflation? 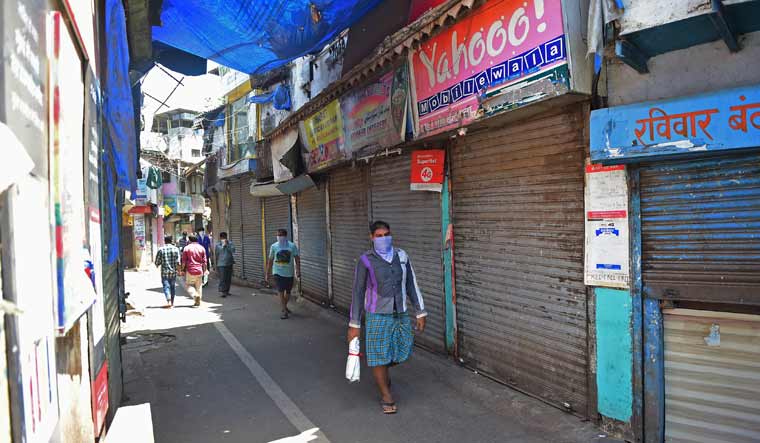 The second wave of COVID-19 that ravaged across the country, penetrating into the rural areas, has left India high and dry. The months of April and May saw India is in a double whammy of lockdowns and economic activities coming to a halt. With inflationary pressures increasing and a stagnant output, it is feared that India might be headed towards ‘stagflation’. The prices of petrol and diesel at a record-high is adding fuel to the fire.

On 16 June, a day after government data revealed that retail inflation spiked to a six-month high and WPI-based inflation hit a record high in May, former world bank chief economist Kaushik Basu tweeted that stagflation might be already a reality in India. "India's inflation shows a sharp rise. Retail inflation 6.3 per cent, core inflation 6.5 per cent (highest in 83 months), wholesale inflation 12.9 per cent. With growth at a record low, this is stagflation. We mustn't live in denial. All govt (sic) expenditure should be directed to help small businesses & the poor," Basu tweeted.

India's inflation shows sharp rise. Retail inflation 6.3%, core inflation 6.5% (highest in 83 months), wholesale inflation 12.9%. With growth at record low, this is stagflation. We mustn't live in denial. All govt expenditure should be directed to help small business & the poor.

For the uninitiated, inflation refers to the general rise in the price level in an economy. Inflationary pressures lead to a fall in the purchasing power, which means that people would be able to purchase only fewer items for the same money.

Normally, price hikes happen during a period of high economic growth, driving incomes of corporates and employees which in turn results in more consumption. However, when an economy is going through a slowdown or, even worse, recovering from a period of recession (India, like many global economies, witnessed recession last year in the aftermath of lockdowns) it is usually accompanied by deflation.

The major contributor to the rising inflation rate was the surge in fuel prices. Wholesale prices soared to their highest since 1992 last month while retail inflation powered past the RBI’s 2 per cent to 6 per cent target range. The May consumer price index (CPI)-based retail inflation number has come at a six-month high at 6.3 per cent. That is compared with a 4.23 per cent in April.

In the current scenario, there is inflationary pressure not only at the retail level, but also at the wholesale level.

This comes when the Reserve Bank of India (RBI)'s monetary policy committee has the mandate to keep inflation in the 2-6 per cent band. What is more worrying is the core inflation number, which is the non-food, non-fuel part of the inflation. This component rose to an 83-month high of 6.6 per cent in May 2021, and is expected to remain above five percent throughout the fiscal year.

The economic situation does not look promising as India’s Gross Domestic Product (GDP) contracted by 7.3 per cent in 2020-21, the worst in 40 years. It recorded only a mere 1.6 per cent in the fourth quarter of 2021-21, when the economy was seen picking up. The figure is expected to slide in the first quarter of the new financial year due to the impact of the second wave and accompanying lockdowns.

"Policy support from all sides is required to gain the momentum of growth,” Reserve Bank of India Governor Shaktikanta Das said this month after announcing a big boost to the country’s quantitative easing programme. "Upside risks to inflation emanate from persistence of the second wave and consequent restrictions on activity on a virtually pan-India basis. In such a scenario, insulating prices of essential food items from supply side disruptions will necessitate active monitoring and preparedness for coordinated, calibrated and timely measures by both Centre and states to prevent emergence of supply chain bottlenecks and increase in retail margins," he added.

The rising threat of stagflation puts RBI in a conundrum. An easy monetary policy would in an ideal situation stimulate the economy by stoking demand. But if slow economic growth is accompanied by price rise, this is a challenge that cannot be addressed by cutting interest rates and quantitative easing and money printing.

In simple terms, it is a risky affair. There is generally no consensus on the policy mix needed to deal with the situation. For instance, on the wake of a falling aggregate output, the immediate policy response from the government/central bank would be to follow a loose fiscal/monetary policy. However, when the economy is also dealing with rising price levels, a policy mix of loose monetary and fiscal policy could further push prices upwards.

On the other hand, a tight monetary policy to control inflation would result in higher borrowing cost, negatively impacting consumption and investment demand. This, in turn, would pull down the aggregate output in the economy. The RBI is already facing the heat.

Another economy facing similar inflationary pressures is Brazil. However, unlike the RBI, Brazil is cracking down, while India prefers to wait and hope the phenomenon flames out on its own.

The worst economic slump since the Great Depression is followed by an even faster, but uneven rebound. That said, the recovery brings along its own set of challenges—inflation being one.

Notwithstanding the pandemic fallout, the current world order is also driven by rising trade and tariff wars and protectionism. The 1970s US economy went through stagflation owing to three major factors—supply shocks, government policy decisions and ultra-accommodative monetary policies.

Economists are already debating whether the central bank will turn hawkish and change its accommodative stance in the next policy meeting in August. While the RBI projected the CPI inflation at 5.1 per cent during 2021-22, economists forecast that inflation may average above that level in FY22.

According to a recent State Bank of India (SBI) report, localised lockdowns, rising food prices, and the second wave of the Covid pandemic have dislocated supply chains even in rural areas. This, it said, is going to manifest in rising prices of essential commodities and cumulatively therefore, all these factors are going to spur core inflation and won't leave the Reserve Bank of India (RBI) with any other option but to check price rise. "It would be impossible for the MPC to look through inflation pressures and remain supportive of growth, given its primary mandate of ensuring price stability. Therefore, repairing the supply chain remains the top priority on which the RBI has little control and hence the Government of India needs to step in a big way," the report said.

If not tomorrow, India might soon be staring at the threat of stagflation and hence, it is imperative for the Narendra Modi government to take note and undertake policy measures before another disaster—this time, economic—hits the country that is already reeling under the pandemic.