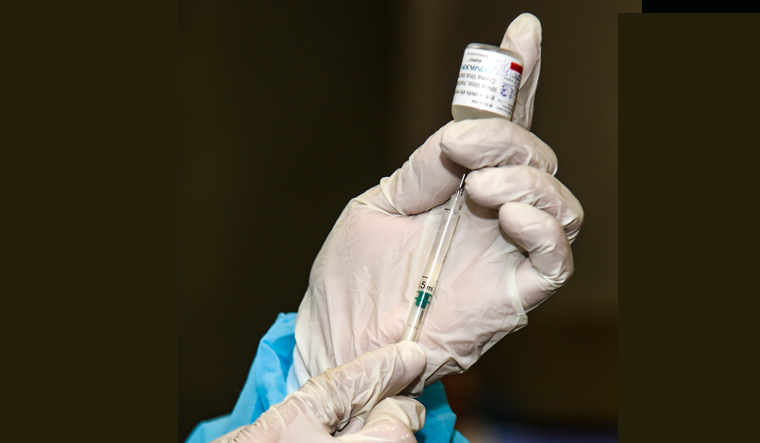 A new spirit and vigour have come to discussions surrounding the TRIPS (Trade-Related Aspects of Intellectual Property Rights) Waiver Proposal after the announcement of US support for a text-based negotiation. The Waiver Proposal was tabled jointly by South Africa and India in October 2020 to waive off certain international commitments under the TRIPS agreement COVID-19 medical products through the diversification of production. On May 21, 62 WTO members, sponsoring the waiver proposal, submitted a revised text to facilitate the negotiation.

The revised proposal suggests at least three years as the duration of  the waiver. Further it also  proposes a waiver to cover all health  products and technologies required for prevention, containment and management of COVID-19. However, building consensus on the waiver proposal is not easy.

Last week Valdis Dombrovskis, executive vice-president of the European Commission, had downplayed the need of a waiver, in a very cautious manner, and has called upon the WTO member states to use the TRIPS flexibility to scale up COVID-19 medical interventions. The European Union is advocating for suboptimal strategies like the use of TRIPS flexibilities and voluntary licences.

The existing flexibility such as compulsory licences are short sighted and incapable of offering a global response during the pandemic period. The case-by-case approach involved in exercise predominantly caters to the domestic market leaving limited scope for export, hurting the LMIC’s (lower- and middle-income countries) with limited or no manufacturing capabilities There could be an argument that Art. 31bis is a solution, but with the specific packaging and quantity requirements, the process is “prohibitively complex” and does not offer a global solution.

Voluntary license is posited as another solution by the EU executive(s). Unfortunately, it fails both in a domestic and global scenario. Intellectual property, especially patent, provides a significant governance function in the hands of private entities in forming the downstream employment of the technology. This is where the limitation of voluntary license comes in; the licenses are often shrouded in secrecy with lack of transparency and confusion due to the variance in terms and conditions in multiple licences. They are often restricted by geography making export to states with limited or no manufacturing capacity impossible. They encourage cartelisation and high prices.

The global north has always put undue pressure on the LMICs’ to stay away from effective utilisation of flexibilities to push forward public health agenda. Until the recent turnaround, the USA has made significant deterrence through the USTR Special 301 report, on the use of flexibilities for promoting public health. Another example would be when Switzerland pressured the Columbian government to not issue compulsory licence on imatinib, a leukaemia medicine. The story is not much different from the EU or Japan.

Voices of concern have also come from the global south questioning the efficacy of TRIPS waiver as a solution. One of the major worries is the waiver’s capacity to facilitate the exchange of tacit knowledge components in technology that is protected through trade secrets. Unlike other intellectual property frameworks, trade secrets are not identified as a property. It denotes the liberty held by the private entities to withhold information that is considered valuable to them. And if reasonable care is taken to protect the same then the same is restricted from operating by a third party either by a sui generis system or by contract laws.

Art 39 of the TRIPS agreement mandates the member states to provide protection to such undisclosed information and there is no exception to the same. This provides a new tool to the private governance of new technology by controlling access to relevant information for working of the technology. Hence, the present framework even with the optimum working of flexibilities would not provide access to such tacit knowledge, it is in these circumstances that the waiver gains relevance.

Trade secrets in the pharma sector is more about quality upkeep than that of technology itself. i.e., the value of the trade secret is given by the regulatory framework and it inherently carries low value. However, the real value for trade secrets in biologics and pharmaceuticals comes from its ability to delay the regulatory approval process and becoming a barrier to further competition.

The waiver negotiations and the skewing objectives

The call for waiver has received surprising and interesting allies. However, what is concerning is their seemingly deliberate attempts to reduce the scope of the waiver proposal to only that of vaccines. Since the predicted period of protection is not more than a year, it would not be wrong to assume that vaccines are not ‘the’ solution but just the best solution for now. Indeed, it is a proactive step to a plausible prevention but never a cure.

Therapeutic medicines are the next line of action for long term treatment or possibly cure. Data indicate several primary and secondary patent applications have been filed or granted globally, including the developing countries (e.g. AT-527 and Baricitinib). It is only prudent for us to assume that the affordability of the same would be skewed with high pricing. This would significantly hurt the interests of universal health care and treatment options for LMIC. Hence, to prevent a second ‘moral catastrophe’ LMIC needs to provide an encouraging market environment for competent manufacturers to develop and supply potential treatment options. This could be possible, if and only if the waiver proposal has its scope to cover therapeutic medicines and possibly any other form of medical technology in the fight against the pandemic. Unfortunately, it is at this point that the waiver proposal is to receive support.

Even the celebrated backing from the US happens to be restrictive in scope with vaccines being the only subject matter. To pull through the ambitious plan it is important that the global south put up a united front. However, we see a confusion coming in from the Indian and South African camps. The recent Rome declaration, which came as the output of the G20 Global Health Summit, has “snub(ed)” the waiver proposal by committing and endorsing only “voluntary licensing, technology and knowledge transfer, and patent-pooling”. It is reprehensible that neither the Indian nor the South African government has distanced themselves from the endorsement or criticised the serious absence of the waiver proposal as a solution in the declaration. This sends “mixed signal” on the rise of a third way, against the interest of the global south. Therefore, it has become imperative that the Indian government walk the talk by employing compulsory licence or government authorisation to contain the domestic crisis.

Indisputably, there is an acute shortage of vaccines and high pricing among COVID19 therapeutic medicines. Issuance of a compulsory license under sec 90 or mandating government authorization under sec 100 is no silver bullet to the crisis, but it is a strong step forward for a solution. As mentioned above, it would create a market environment for new companies to invest and develop their capacity without the fear of high-stake IP litigation, a probable ‘cipla moment’ is impending for the growing participants of the industry. It shall also bring in a new found bargaining power for the state to inspire more “philanthropic gesture” of price reduction, without employing stringent provisions of the Essential Commodities act. Further, such an act by the government shall stoke up the confidence not only in the citizens but also of numerous countries that have heeded the just and wise call of India in the waiver proposal.