Hospitality sector hit hard by second wave of COVID-19; uncertainty to continue in next few quarters

Occupancy levels dropped by about 17 per cent, room rates by about 9 per cent 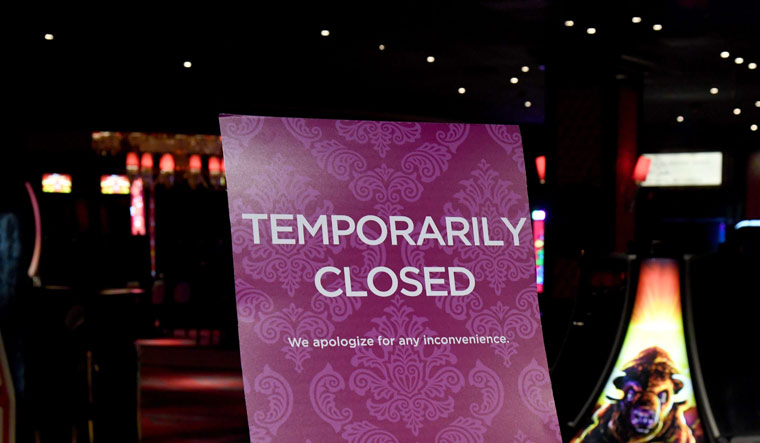 The hospitality sector in the country is staring at an uncertain future that is expected to prevail over the next couple of quarters. The sector, which was witnessing a revival of sorts in the first three months of this year, has been severely hit by the second wave of the pandemic.

According to global real estate service firm JLL, across India, in April 2021, occupancy levels dropped by about 17 per cent and room rates declined by about nine per cent when compared to March 2021. Currently, hotels in India are back to October 2020 levels, both in terms of occupancy and room rates.

During the Q1 (January-March 2021) of calendar year (CY) 2021, India’s hospitality industry had witnessed a decline of 38.7 per cent in Revenue Per Available Room (RevPAR), compared to Q1 2020 as per JLL’s Hotel Momentum India (HMI) Q1 2021, a quarterly hospitality sector monitor. The report observed that the RevPAR in top six cities of the country had decreased by 48 per cent in Q1 of 2021 as compared to Q1 2020.

The recovery of the sector in Q1 had been primarily driven by the leisure segment performing notably well. Total number of signings in Q1 2021 stood at 28 hotels comprising 2,064 keys, recording a decline of 53 per cent compared to the same period last year. International operators dominated signings over domestic operators with the ratio of 54:46 in terms of inventory volume.

The hotel segment in Goa during the Q1 of CY 21 had grown in RevPAR in absolute terms, despite the single digit decline of RevPAR by 1.1 per cent in Q1 2021, compared to Q1 2020. This was due to a 6.4 per cent increase in occupancy levels. Demand for domestic leisure travel amidst international travel restrictions continued to make Goa the fastest recovering market in absolute terms. However, Bengaluru had seen the sharpest decline in RevPAR in Q1 2021, with a 60.6 per cent decline compared to the same period of the previous year.

However the second wave of COVID-19 dealt a severe blow to all the gains. “Goa was the first one to recover after the first wave but is among the worst hit in the second wave. Hotel occupancies in Goa have dropped by 30 per cent in April 21 as compared to March 21. The future remains uncertain. The leisure segment will again lead the recovery. Albeit, this time the revenge travel will not kick start immediately with unlocking. In our opinion, low density areas, off the beaten track hill and beach destinations, and smaller boutique resorts will find traction earlier than big box hotels. I am afraid, recovery for business city hotels has just got pushed further since business travel is not likely to resume for the next couple of months at least,” Jaideep Dang, managing director, hotels and hospitality group, South Asia, JLL told THE WEEK.

Given the situation, many of the hospitality chains are trying to keep costs under control and are going all out to survive in the present situation. “The hospitality sector is undoubtedly the worst hit industry by the pandemic, more so with the onset of the second wave. We have been affected to a great extent, and we are now viewing the situation from a larger microscope, so to speak, to see how best we can sustain our businesses. Currently, business planning and strategising, having become completely pandemic dependent, is in a completely volatile state and can be done only on a day-to-day or maximum a week-to-week basis. No one is in a position to predict what could happen one year from now. People are not willing to undertake any form of leisure travel across the country. In fact, this is the current state of the industry as a whole,” pointed out Vineet Verma, executive director and CEO, Brigade Hospitality.

Verma believes that with frozen incomes, the focus is now on cost control and minimising fixed costs. “The industry is also requesting the Centre for an early SIES (Service Exports from India Scheme). This is a scheme which hotels enter at the time of importing materials while building the hotel in order to avail of customs benefits, with a promise to pay back duties from their foreign exchange incomes, for a five per cent scrip. The industry believes that every bit helps and an early release of SEIS will be a step in the right direction,” added Verma.