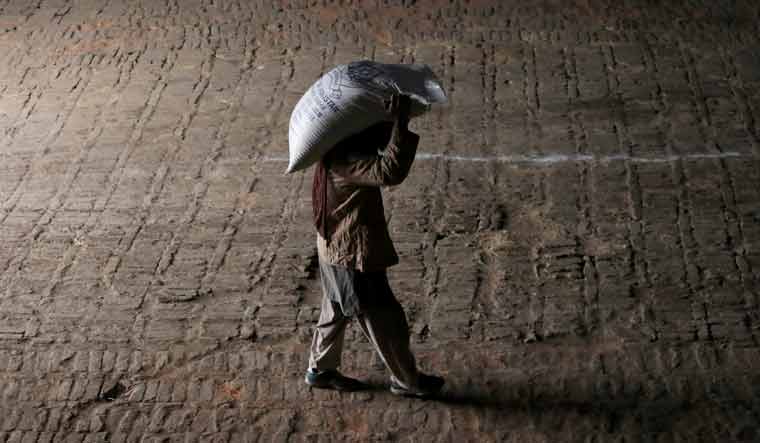 FILE PHOTO: A worker carries a sack of sugar on his shoulders at a depot in Peshawar, Pakistan January 23, 2019. REUTERS/Fayaz Aziz/File Photo

Sugar production in India has increased with sugar mills across the country producing 299.15 lakh tonnes of sugar between October 1 2020 and April 30, 2021—an increase of about 41 lakh tonnes from the 258.09 lakh tonnes produced at the same time last year.

However, as compared to 112 sugar mills that were crushing sugarcane on April 30, 2020, only 106 sugar mills were crushing sugarcane on April 30 this year. The second wave of COVID-19 in India has not hampered any of the sugar factory operations as the sugar industry falls under the ‘essential goods’ category. Logistics issues that were faced during the first wave are not being faced in the second wave due to better preparedness from the industry.

In order to support the export program for sugar, the government had allowed the swap between MAEQ Maximum Admissible Export Quota (MAEQ) and domestic sales quota for the current 2020-21 Sugar Season (SS), which received a positive response from the sugar mill owners.. So far, about 10.5 lakh tonnes of reallocations have already been done by the government. Additionally, DFPD (Department Of Food And Public Distribution) (DFPD) has also reallocated about one lakh tonnes of sugar as per mill wise export performance and contracts signed by mills up to the end of March, 2021.

Experts from CRISIL told THE WEEK that sugarcane yields have increased by 2-4 per cent in the last five years in the key cane growing states of the country and sugar mills are earning higher revenues than before.

“Higher amount of sugarcane is being diverted towards the production of B heavy molasses (used in the production of ethanol). This has led sugar mills to earn higher revenues from the distillery segment in the past 2-3 years. In SS 2020 (October 2019- September 2020), the industry is estimated to have diverted 15 per cent of sugarcane towards the production of B heavy molasses as against less than 10 per cent in SS 2019. Since sugar prices are controlled by the government, the industry has not seen any significant fluctuation in sugar prices.

Sugar price for the sugar season 2019 and 2020 stood at the minimum mark of Rs. 31 per kg. During the sugar season this year (2021) too, sugar prices are expected to remain relatively stable,” Hetal Gandhi, Director, CRISIL Research told THE WEEK.

This expert further adds that in states such as Maharashtra, sugar mills have been directed to produce medical grade oxygen to help with the ongoing oxygen crisis in India. About 50-60 factories have expressed interest. However, till now none of them have begun the production of oxygen in the state.