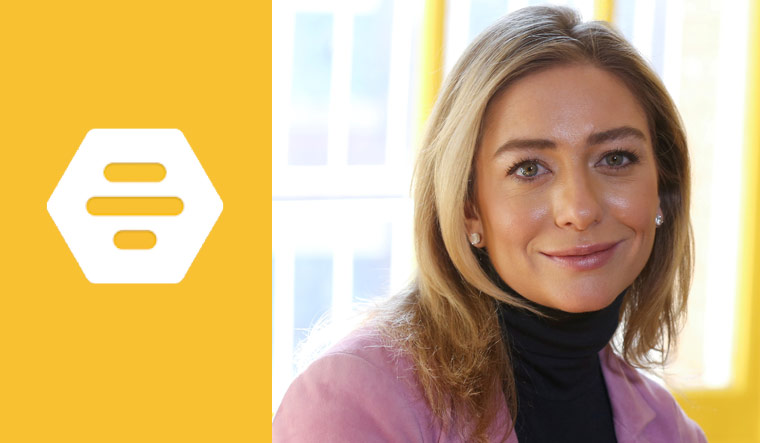 After Bumble, the feminist dating app that lets women make the first move, went public in a $2.2 billion IPO, the company’s shares surged 75 per cent on the very first day of trading. This pushed Herd’s net worth to $1.5 billion. After the IPO, Bumble was valued at over $7 billion.

Today, @Bumble becomes a public company. This is only possible thanks to the more than 1.7 billion first moves made by brave women on our app — and the pioneering women who paved the way for us in the business world. To everyone who made today possible: Thank you. #BumbleIPO 💛🐝 pic.twitter.com/OMLNGNvECB

Herd has played an instrumental role in the global dating app ecosystem: Before Bumble, she worked with Tinder—the world’s most popular dating app—before quitting to launch Bumble in 2014.

Bumble allows women to make the first move, deciding whether they want to talk to someone or not, a feature that protects women from unsolicited sexual messages. The app also automatically censors “dick pics” and inappropriate mirror selfies.

The app had over 42 million monthly active users in Q3 in over 150 countries, and 1.7 billion women have used the app making “first moves”. Of these, 2.4 million were paying users.

Self-made women make up less than 5 per cent of those on the Bloomberg Billionaire’s Index.