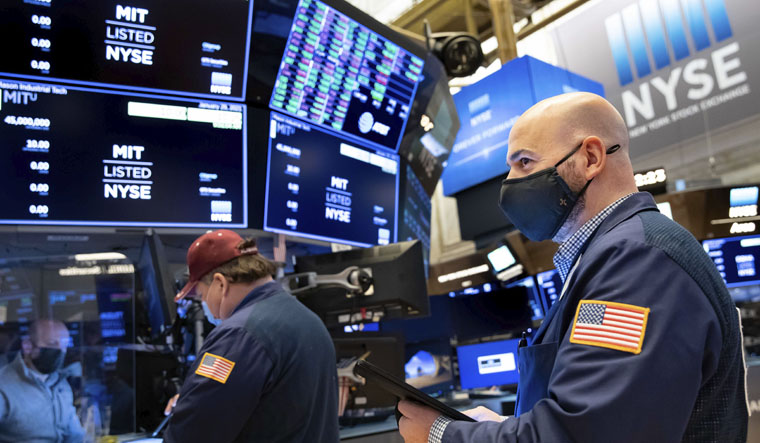 The story of Gamestop (GME) is now one that is familiar to most. A US-based brick-and-mortar video game retailer that struggled amid a pandemic, and a sustained global switch to online, the company's outlook was not rosy in the short term. At the start of January, the stock was valued at $18. Then, inexplicably, it surged. It doubled and tripled until it reached $347 and a dizzying $469, before coming down to $193—it registered close to 1000 per cent increase in price in a period of weeks. Now, the stock is provoking manic discussions in the corridors of powers in Washington, even touching on the much-reviled topic of strict financial regulations.

The first notices that GME stocks were being shorted by hedge funds and powerful financial professionals were posted on a popular Reddit page called WallStreetBets. Shorting is a process by which a trader, who believes the stock price of an entity is destined to fall because of fundamental weaknesses or otherwise, borrows the stock, sells it in the market, and later buys it back when the price falls (bracketing a profit in the process). On the flipside, if the prices do not fall, the trader will have to re-purchase the shares at a higher price and thus incur a loss.

In the GME case, individual investors—led by an evangelical pastor, a high school student and a former cook, as reported by the New York Times—banded together and bought the stocks, pushing it in the opposite direction and creating a massive buying pressure that elevated stock values off the charts. This was, in essence, a highly efficient short squeeze (creating a buying pressure, forcing those ivestors holding short positions to buy the stocks and close their position, resulting in even higher buying pressure), leading a lot of institutional investors and hedge fund companies into financial meltdown. Hedge fund Melvin Capital reportedly needed a $3 billion bailout after they sustained heavy losses in the short squeeze. At the same time, GME valuation rose from $2 billion to $10 billion in a matter of days.

And, it is not just GME. Other heavily shorted stocks like Blackberry and AMC entertainment have been recently inflated by similar means.

The Reddit-fuelled stock surge has been dubbed big finance’s first populist revolt. News agency AP reported that the conversation is now about inflicting pain on short sellers, hedge funds and other big financial firms who benefited from years of gains as other people fell further behind. Buying GameStop “isn’t about greed,” one user wrote on Reddit, reported the news agency, after citing all the recessions “they [the hedge funds]” caused and the times “they” got bailed out with taxpayers’ dollars. “It is about taking back what’s ours, what we’ve already paid for.”

Immediately after the Melvin bailout, the US Treasury said it was taking note of the situation. Conversations are now on about the “risks of speculation”, and the need to regulate it. The fallout was not limited to the app traders used to make their moves—the sub-reddit itself was temporarily made private (which also forced a drop in GME's stock) while the official Discord channel was also shut down for violating the terms of service.

NASDAQ CEO Adena Friedman on Wednesday told CNBC that the exchange monitors social media for signs of market manipulation, including that of "pump and dump" schemes. The Securities and Exchange Commission (SEC) said it was tracking the “volatility in the options and equities markets” and “working with our fellow regulators to assess the situation.

The Robinhood app, through which most of the retails investors operated, froze purchases of stocks like GameStop for a while, resulting in resulting in massive criticism from the public. Left-leaning leaders in the US like Congresswoman Alexandria Ocasio-Cortez and Rashida Tlaib called on Congress committees to look into the actions of Robinhood.

One major criticism against the institutional pushback was that market manipulation was a common ploy by big hedge funds and financial institutions, and that people on Wall Street only cared about the rules when they were the ones getting hurt.

The Economic Times reported that, fuelled by the success of their US brethren, several internet forums on Reddit, Discord, Telegram and WhatsApp in India—a 12,000 member-strong Reddit group in particular—were inflating a particular energy stock by coordinated buying. One of the messages in the groups, cited by the publication, urged members to “buy 50-100 shares for the short term if they wanted to join the pump”.

However, Times of India quoted Nithin Kamath, co-founder & CEO of Zerodha brokerages as explaining that a similar situation was not possible in India. “In India there are limits on how many shares a single entity can short or buy through the derivatives route. Such a restriction, unlike in the US where there is none, ensures that short squeeze of epic proportions that we are seeing in GameStop…can’t happen here,” Kamath said.

The Print reported that GameStop was among the five most traded over the past week on Stockal platform, accounting for 15 per cent of all trade, and that Indian retail bet on GameStop was around Rs 60 crore to Rs 65 crore since Monday.