Economy to contract 7.7% this year, grow 11% next fiscal: Economic Survey

Fiscal deficit projected to overshoot the initial estimates of 3.5% of the GDP 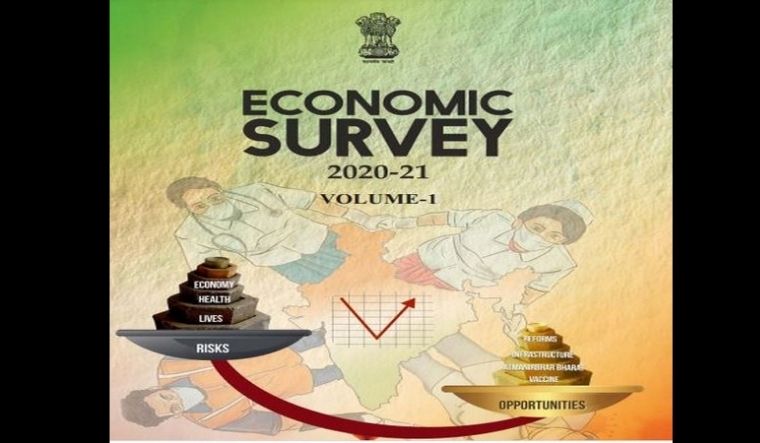 Before the house was adjourned till 11am on Monday, Finance Minister Nirmala Sitharaman on Friday tabled the Economic Survey that details the state of the economy ahead of the government's Budget for fiscal year beginning April 1, 2021.

The Centre forecasts robust economic growth of 11 per cent for the fiscal year beginning April 1 in the annual economic survey, on the back of the beginning of a nationwide coronavirus vaccination drive and a rebound in consumer demand.

The Indian economy is set to contract 7.7 per cent in this fiscal year ending March 31, the deepest contraction in four decades, the survey said.

However, the government predicts that the economic growth of 11 per cent next year will put it on track to post the strongest growth since India liberalised its economy in 1991.

The survey forecasts a "V-shaped" economic recovery, but cautioned that it would take at least two years to revert to pre-pandemic GDP levels.

Meanwhile, the fiscal deficit is projected to overshoot the initial estimates of 3.5 per cent of the GDP in the current financial year.