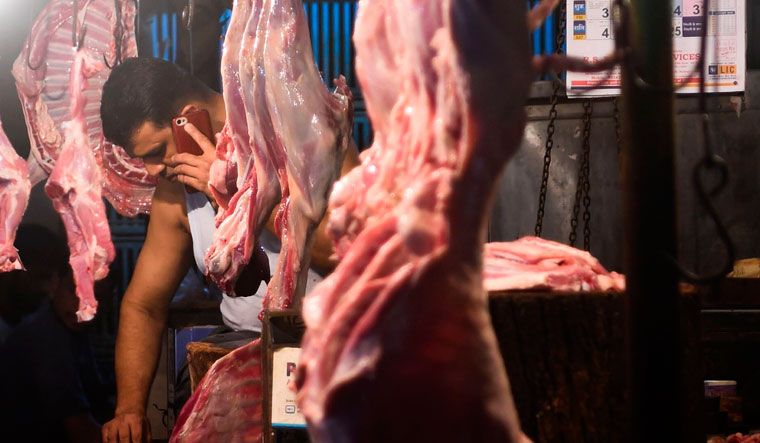 Fulfilling a long-standing demand of right wing groups, the Agricultural and Processed Food Products Export Development Authority (APEDA) has removed the word ‘halal’—referring to meat from animals slaughtered under Islamic traditions—from its Red Meat manual, mentioning instead that animals would be “slaughtered according to the requirement of importing country/importer”.

As the largest buffalo-meat exporting country, India caters to the import demands of many Islamic nations. As a 2013 report by the Federation of Indian Chambers of Commerce and Industry notes, “India caters to the meat demand of major Islamic countries as the meat is genuinely halal, lean and nutritious, more healthy than beef.”

The Indian Express cited sources saying the change was made to clear the idea that all meat exported by India had to be halal. The following paragraph was removed from the manual, “The animals are slaughtered by halal system under strict vigilance of (a) recognised and registered Islamic body as per the tenets of Islamic Shariyat. The certificate for halal is issued by the representative of registered Islamic body under whose supervision the slaughter is conducted in order to meet the requirement of (the) importing country.”

An example of APEDA guidelines in an advisory on exporting to Dubai stated that meat should be from Ministry of Climate Change and Environment-approved slaughterhouses online, with Halal certificates from an approved halal organisation.

"Halal certifying authorities should be government-run," Bansal told PTI, adding that the practice of Halal certification for products should stop in India as it was adversely affecting the livelihood of SC/ST communities.