Wistron's reputation at stake due to Apple's probation 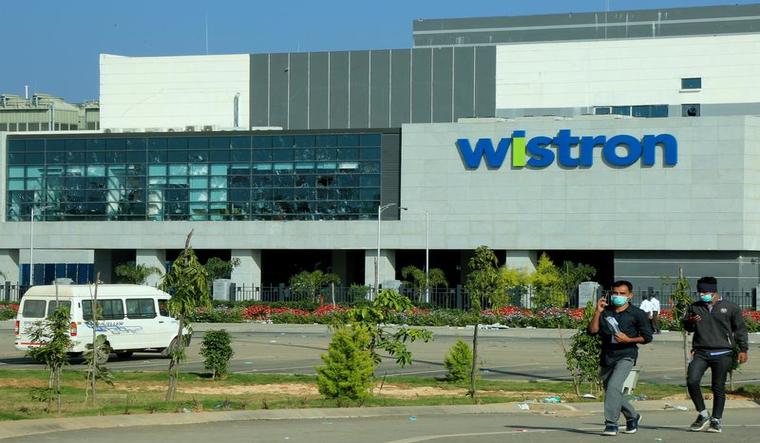 After Wistron was put on probation by Apple with the latter stating that they will not receive any new business from them before thorough corrective action is taken by it, Wistron’s image is expected to be tarnished further. As Apple will deploy its employees, along with independent auditors to monitor the progress, Wistron will have to ensure that it meets the requirements of Apple and follows all its due procedures. The incident has also put India's reputation as a manufacturing hub at stake. In fact this is not the first time that Apple has put its suppliers on probation or put them on restricted orders, be it Foxconn, Pegatron and now Wistron.

Even before the announcement by Apple, in an earlier analysis in THE WEEK, it was pointed out that it was the mismanagement of the Taiwanese firm that may have caused the issue to aggravate as the violence could have been due to the Wistron management overstretching production targets and that would have led to unrealistic over time from the workers. In an earlier report, it was pointed out that the Wistron management had failed to solve the contract workers issue at the plant and they had overlooked such kind of frustration among the workers.

Experts say that Chinese laws are lenient on wages of temporary workforce allowing a company to pay less to temporary workforce. “This is a practice in Chinese and Taiwanese companies but it found its way in India and resulted in labour unrest at the Wistron plant near Bengaluru. While such announcements by Apple have been an instant intent and reaction it does not seem to have either been enforced or deterred a supplier in future course on a strict compliance. On the contrary it had given them time to comply and rectify issues,” said Subramanyam Sreenivasaiah the CEO at Ascent HR.

Experts further feel that the developments at Wistron are unfortunate and it also shows that we have not learnt much from past incidents such as at the Maruti plant near Gurugram where an HR manager was killed by workers. Payment of fair wages on a timely basis, providing safe and healthy work environment, engagement with the employees with a spirit of transparency and collaboration, quick resolution of issues as they arise and overall community development are principles which have stood the test of time in ensuring a conducive industrial climate and the country's economic environment. Lessons have been learnt and forgotten.

“The recent unrest at Wistron has the potential of damaging our image of a peaceful and safe environment for economic activities. Problems of these kinds simmer for long and need to be doused at the right time. Company management, the vendors and the regulators have their own shares of blame to shoulder.  It will be unfortunate if some scapegoats are identified and isolated before we move on. Rather all the stakeholders need to introspect and collaboratively work to restore the confidence of the employees, the society, the investors and the customer, in this case, Apple. Government has an important role to play in this process,” observed Aditya Narayan Mishra, the Director and CEO, CIEL HR Services

It is now very clear that Wistron has faced double loss, one in the way of reputation loss in the eyes of Apple. And second is the monetary loss of machines and equipment. “For India, a country that is vying to emerge as a manufacturing prowess, the stake and reputation are equally high. How both the company and the country address such emergent issues will determine success of the manufacturing ecosystem,” remarked Alok Shende of Ascentius Consulting.