Titan, Kalyan Jewellers, PC Jeweler and Joyallukas made the list 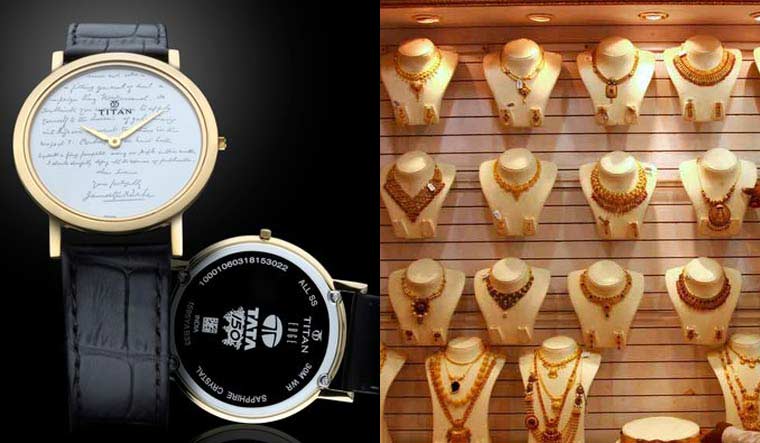 Four Indian brands have made it to the Global Powers of Luxury Goods list for 2020, an annual international listing of the biggest and most influential luxury companies in the world.

Heading the list is the French luxury conglomerate Louis Vuitton Moet Hennessey (LVMH), known for its high-end luxury goods from fashion and accessories to perfumes and wines.

All the four Indian brands are jewellery makers, with the Tata brand Titan coming in at the highest position among them at no.25. The other three are Kalyan Jewellers (No 43), PC Jeweller (No. 47) and Joyalukkas (49).

Titan, in fact, jumped up two places this year, from its position last year. All four brands have appeared in this list for seven years in a row.

Global luxury sales topped Rs 20 lakh crore this year, according to Deloitte, the global consultancy firm which compiled the list. It also pointed out that the top ten global luxury companies accounted for more than half of the total sales of the top 100 companies. For the third consecutive year, the top ten list remained unchanged, headed at the top by iconic names like LVMH (which has brands like Christian Dior, Bulgari, Dom Perignon), Kering (Gucci, Yves Saint Laurent, Alexander McQueen etc) and Estee Lauder (DKNY, Tom Ford, Bobbi Brown, Tommy Hilfiger etc). The other known names in the top ten include Chanel, Richemont and PVH.

The Global Powers of Luxury Report also talks in detail about the pandemic-accelerated trend towards digitisation and e-commerce solutions, the biggest transformation witnessed amongst luxury players this year. In fact, online retail hit a high of 209 per cent in April, according to figures.

Analyst Porus Doctor, partner and consumer industry leader with Deloitte, says that initially, luxury brands were reluctant to embrace disruptive digital technologies. "However, since the onset of the pandemic, there was a significant uptick in online channels being used by consumers for purchases and today, a number of global luxury goods companies and brands have leveraged digital technologies to augment retail store experiences for consumers,” he says.

The other two interesting trends witnessed in the luxury space has been the growth in the luxury resale market, with triple-digit growth experienced by platforms like Depop, as well as the rising awareness about sustainability of fashion products, what is being referred to as ‘woke fashion.’