Daily work limit to be increased from 9 to 12 hours, quarantine leave: What's new in the draft labour code?

However, the weekly work hours have been maintained at 48 hours as earlier 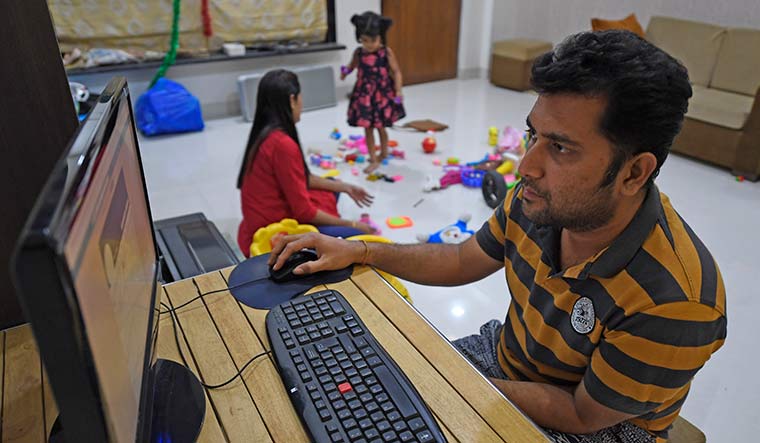 In view of the pandemic, the ministry has introduced "quarantine leave" on full wage | Amey Mansabdar

The Centre has proposed increasing daily limit of working hours from nine to 12 and introduction of quarantine leave are the key changes in the recently notified draft rules for the Occupational Safety, Health and Working Conditions (Central) Rules (OSH&WC), 2020. Even as the labour ministry has proposed the increase in daily limit of work hours from the current levels, it has maintained weekly work hours at 48 hours as earlier.

The move is in line with the recent attempts by several state governments to increase work hours to 12 hours to enhance the output with a limited workforce in the post pandemic world. However, the move is likely to further hit rising unemployment levels in the country.

At the same time, in view of the pandemic, the ministry has introduced "quarantine leave" on full wage. "Quarantine leave on full wage shall be granted by the newspaper establishment on the certificate of the authorized medical practitioner designated as such under Section 42, for a period not exceeding 21 days or, in exceptional circumstances, 30 days. Any leave necessary for quarantine purposes in excess of that period shall be adjusted against any other leave that may be due to the working journalist or sales promotion employee," the draft rules states.

The government has also provided for double the wage in case of overtime beyond the fixed work hours prescribed in a week. " In pursuance of Section 27 of Code, where in an establishment a worker works for more than eight hours in any day or for more than 48 hours in any week, as the case may be, he shall in respect of such overtime work be entitled to wages at the rate of twice his ordinary rate of wages and shall be paid at the end of each wage period."

The labour ministry has notified the draft rules seeking views from stakeholders over the next 45 days following which the rules will be finalised. With this, the Centre has notified draft rules for all four labour codes with the aim of finalising these in January next year and eyes implementation from the start of the next financial year.

The code on wages, which universalises minimum wages, was passed in November last year; but rules under the code are yet to be notified. Twenty-nine central labour Acts, one of which dated back to 1923, have been subsumed into four codes, with the aim of simplifying the laws and ensuring higher productivity and generation of decent employment.

The government is of the view that the labour codes will establish transparent, answerable and simple mechanisms reducing to one registration, one license and one return for all codes.