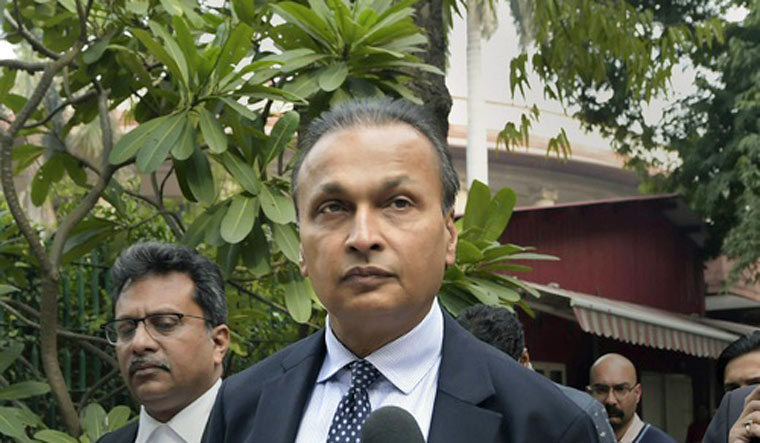 Anil Ambani, the beleaguered chairman of Reliance Group, claimed in a UK court that he leads a simple life, drives just one car and has sold his jewellery to pay his legal fees. The younger brother of Mukesh Ambani, Asia's richest man, also claimed before the court that his current expenses are being borne by his wife and family.

Ambani was appearing before the high court in London on Friday in a case brought against him by Chinese banks who are seeking to recover money from the former tycoon. He appeared from India via video-conference on Friday to be cross-examined. The court heard he had outstanding loans of Rs 500 crore to his mother and Rs 310 crore to his son, Anmol.

Ambani said he had received Rs 9.9 crore for all his jewellery between January and June 2020 and now does not own anything — “nothing meaningful”. When asked about a fleet of luxury cars he had access to, he said: “These are speculative media stories. I have never owned a Rolls-Royce. At present, I use one car," TOI reported.

On May 22, 2020 the UK high court had ordered Ambani to pay a debt of $716,917,681 (Rs 5,281 crore) and £750,000 (Rs 7 crore) in legal costs to three Chinese banks by June 12, 2020. The amount was not paid. Then, on June 15, the Chinese banks, led by Industrial and Commercial Bank of China Ltd, sought a disclosure order on his assets. Three Chinese banks have managed to get a judgment debt to the tune of $717 million against Ambani. The proceedings pertain to the 900-million-dollar loan which was given to Reliance Communications in 2012 for which Ambani had given a personal guarantee.

On June 29, Master Davison ordered Ambani to serve an affidavit setting out all of his assets worldwide exceeding $100,000 (about Rs 74 lakh), whether or not they are in his own name, whether they are solely or jointly owned, and whether he is interested in them legally, beneficially or otherwise.

According to Mumbai Mirror, Ambani appeared under Rule 71 through which a judgment debtor comes to the court so that further information can be obtained to enforce the judgment debt.

Ambani has maintained that he has negative net worth, which the Chinese banks have countered, citing his luxurious lifestyle and the support that he has received from his elder brother Mukesh Ambani.

He further claimed that despite being one of the richest men in India until recently, he owned one “piece of artwork worth $110,000”. “What is the Tina and Anil Ambani collection?” Thanki asked at this conjecture. To this Ambani replied, saying that it was his wife’s collection.

During the hearing, Ambani was also interrogated about credit card bills showing shopping in London, California , Beijing and elsewhere, most of which he claimed was his mother’s shopping.